Condolences to the family and friends of Chuck Hall, among the most celebrated ARCA Figure-8 drivers in history, who passed away at his home in Toledo, Ohio, on August 27.

Hall, a Toledo native, raced in the ARCA Figure-8 division from the late 1960s through the 1980s, becoming one of the winningest drivers in the history of the division. Hall, driving his familiar #5, drove to 35 ARCA Figure-8 feature wins at Toledo Speedway, which is still the most by any driver, and 55 feature wins at Flat Rock Speedway. He was the Toledo Speedway ARCA Figure-8 champion in 1970, 1976 and 1977 and won ARCA Figure-8 championships at Flat Rock Speedway in 1976, 1977, 1979, 1980, 1981 and 1983. Hall ventured to the World Figure-8 Championship races in Islip, New York, several seasons and emerged victorious in that prestigious event in both 1976 and 1979. He also competed in the Indianapolis Speedrome 3-Hour Figure-8 Endurance race multiple times, recording 3 top-5 finishes and leading 291 laps in 6 different races. He was also the 1988, 1989 and 1991 Toledo Speedway Limited Late Model champion, with 31 feature wins in that division. Many of Hall’s cars, especially in the early days, were owned and crew chiefed by Chuck Carroll, and throughout his career carried his familiar #5. 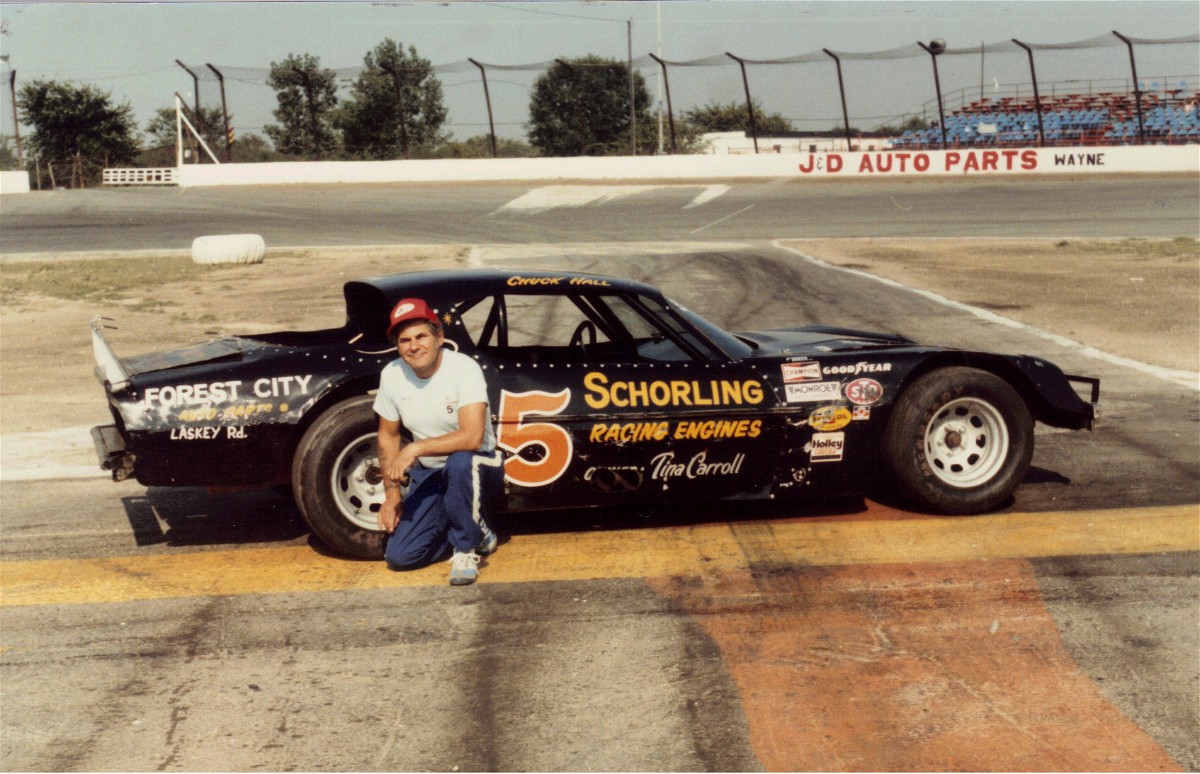 Chuck Hall was 82 years old and was a lifetime resident of Toledo. He was a talented and sough-after heavy equipment operator and worked for many years for Bill Paxton’s BP Wrecking. Hall was the equipment operator who performed the demolition work on the former ARCA Office after fire destroyed the building on Lewis Avenue in October 2016. Hall was the recipient of an ARCA Gold Card Lifetime Membership, was a fixture in the grandstands at Toledo and Flat Rock Speedways after his driving career, and was a popular figure at the Racer Reunions at both tracks.

He is survived by his children Tina, Charles III and Katherine; 4 grandchildren; 8 great-grandchildren; and brother Joseph. He was preceded in death by his wife, Thelma, son-in-law Michael; siblings; and parents.

Family and friends may visit the Freck Funeral Chapel, 1155 S. Wynn Rd. in Oregon Ohio on Tuesday August 31 from 2-8pm. Funeral Service will be held Wednesday, Sept. 1 at 11am with burial to follow at North Oregon Cemetery. Memorial contributions in Chuck’s name may be made to the family.