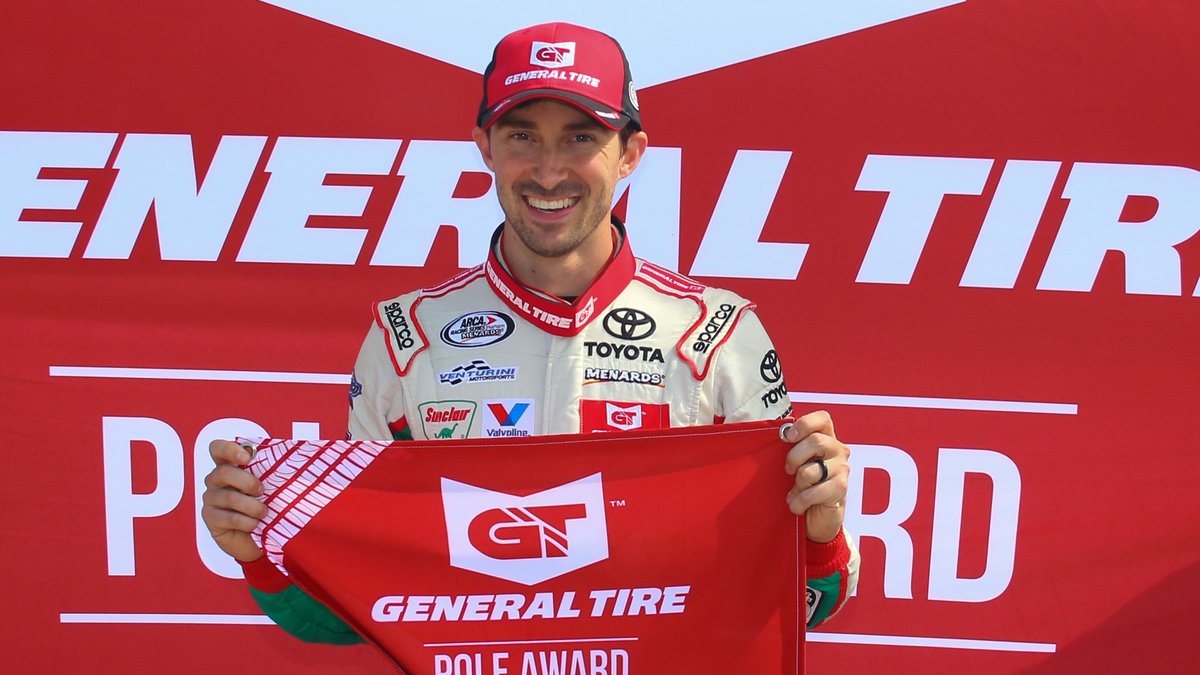 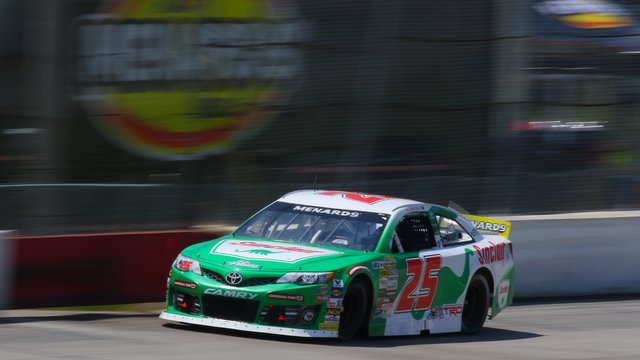 Two-time 2019 winner Michael Self (No. 25 Sinclair Lubricants Toyota) stormed to the pole for Sunday’s ARCA Menards Series Sioux Chief PowerPEX200 presented by Federated Car Care at Toledo Speedway. Self, who won earlier in the season at Five Flags Speedway and Salem Speedway turned a quick lap of 15.777 seconds/114.090 miles per hour to earn his second career General Tire Pole Award and his first on a short track.

“This is my third career pole in something like one hundred career races,” Self joked afterwards. “We definitely can credit the driver, I am not the greatest qualifier by any means. All the credit goes to my Venturini Motorsports guys. They bust their butts to get these cars right. I wasn’t comfortable here when we tested and they got to work and made the changes we needed and got us the pole.”

Chandler Smith (No. 20 Craftsman/828 Logistics Toyota) qualified second after being fastest in practice earlier in the afternoon. Last year’s General Tire Pole Award winner at Toledo will start alongside Self on the front row after turning a lap at 15.781 seconds/114.061 miles per hour. Christian Eckes (No. 15 JBL Audio Toyota) gave Venturini Motorsports a top-three sweep with a lap of 15.826 seconds/113.737 miles per hour.

The Sioux Chief PowerPEX 200, round four of the Sioux Chief Short Track Challenge for ARCA Menards Series races held on tracks one mile in length and under, will go green tomorrow at 2 pm ET. The race will be shown live on MAVTV. Tickets are available at the gate or by calling (419) 727-1100. ARCA for Me members can access free live timing & scoring, live track updates, and live chat at ARCARacing.com. New users can register for free with a valid email address at ARCARacing.com/login.