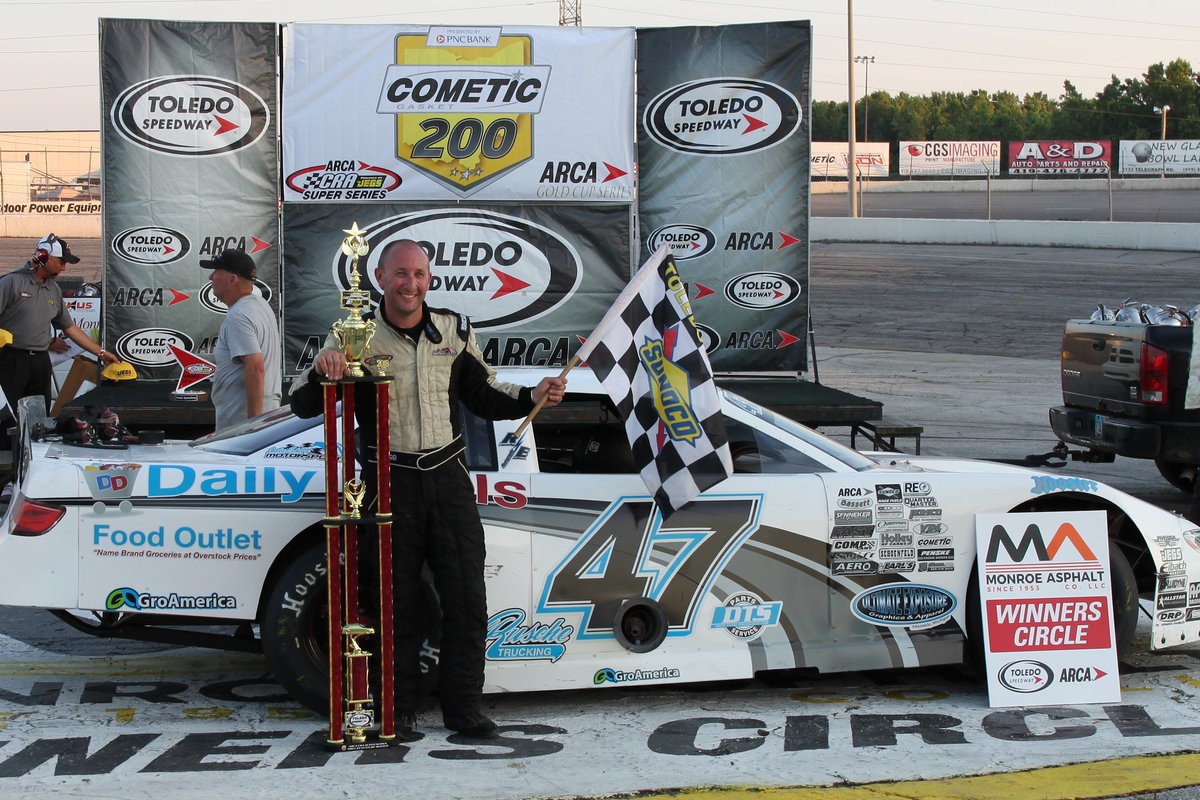 Salem, IN (February 27, 2019) – Champion Racing Association Powered by JEGS officials and Toledo Speedway and Flat Rock Speedway officials have announced that the ARCA/CRA Super Series Powered by JEGS events scheduled at both facilities in 2019 will all be one day shows. The two ARCA Sanctioned tracks are owned by Ron Drager and are managed by Scott Schultz.

“We are making all three races one day shows for the 2019 season,” remarked Scott Schultz, Manager of Toledo and Flat Rock Speedways. “The decision to make these one day shows is to directly reduce the cost to the race teams for them to participate in all three of these events. The Flat Rock event has always been a one-day show, and we experimented with doing one day shows with the Toledo events in 2018.

“We really appreciate Toledo Speedway and Flat Rock Speedway stepping up to reduce the cost of our ARCA/CRA Super Series teams to compete in their events in 2019,” remarked R.J. Scott, Managing Partner with CRA. “This is something we have tried to encourage our promoters to go to on our regular events, to reduce the cost for teams to participate in those events. Hopefully those cost savings adjustments will help more race teams participate in those events and help keep teams racing throughout the 2019 season.”

The Ross Mortgage Spring 200 presented by PNC Bank at the Toledo, OH Speedway will take place on Saturday, April 20th, featuring a $4000 to win 100-lap event for the ARCA/CRA Super Series and a 100-lap event for the ARCA Late Model Gold Cup Series Outlaw Late Models. The ARCA/CRA Super Series teams will get three 30 minute practice sessions on Saturday, April 20th, with a 30 minute break between the first and second sessions and the second and third sessions. There will be optional rig parking for all teams Friday, April 19th from 6 to 7pm.

More information on all the CRA Series is available at www.cra-racing.com.