TOLEDO, OH--The 29th Annual Bikers of Northwest Ohio Toy Run is scheduled for Sunday Nov. 4, departing from Toledo Speedway on Benore Road for Harbor on 13th Street in downtown Toledo and returning to the Speedway.

The event, comprised of participants from the Bikers of Northwest Ohio, benefits Harbor Behavioral Healthcare & Children’s Services of Toledo. The event averages total attendance near 1,500 and around 1,000 motorcycles of all brands, shapes, forms, colors and types. Many spectators now park their vehicles in the Toledo Speedway parking lot to watch the rolling thunder of bikes depart for Harbor at 12 noon.

Organized annually by lifelong Toledo resident and veteran biker “Big Mike” Wenzel, the outing brings together several local and regional northwest Ohio biker clubs who donate either a child’s Christmas gift or a $10 cash donation to participate. The event, annually held on the first Sunday in November, features an appearance by Santa, who leads the bike run in a sidecar and distributes wrapped presents to children in attendance at the Harbor agency’s location in downtown Toledo.

Harbor, founded over 95 years ago, is the largest mental health provider in Northwest Ohio with several locations in the Toledo area including the Toledo Children’s Hospital. The agency offers a wide range of services with several programs dedicated to children’s services such as family medicine, assistance and consulting for childcare centers, Developmental Pediatrics and school-based achievement programs.

Sponsors of the 2018 event include Teamsters Local 20, Big Mike and the Avengers Motorcycle Club of Lucas County and Toledo Speedway. 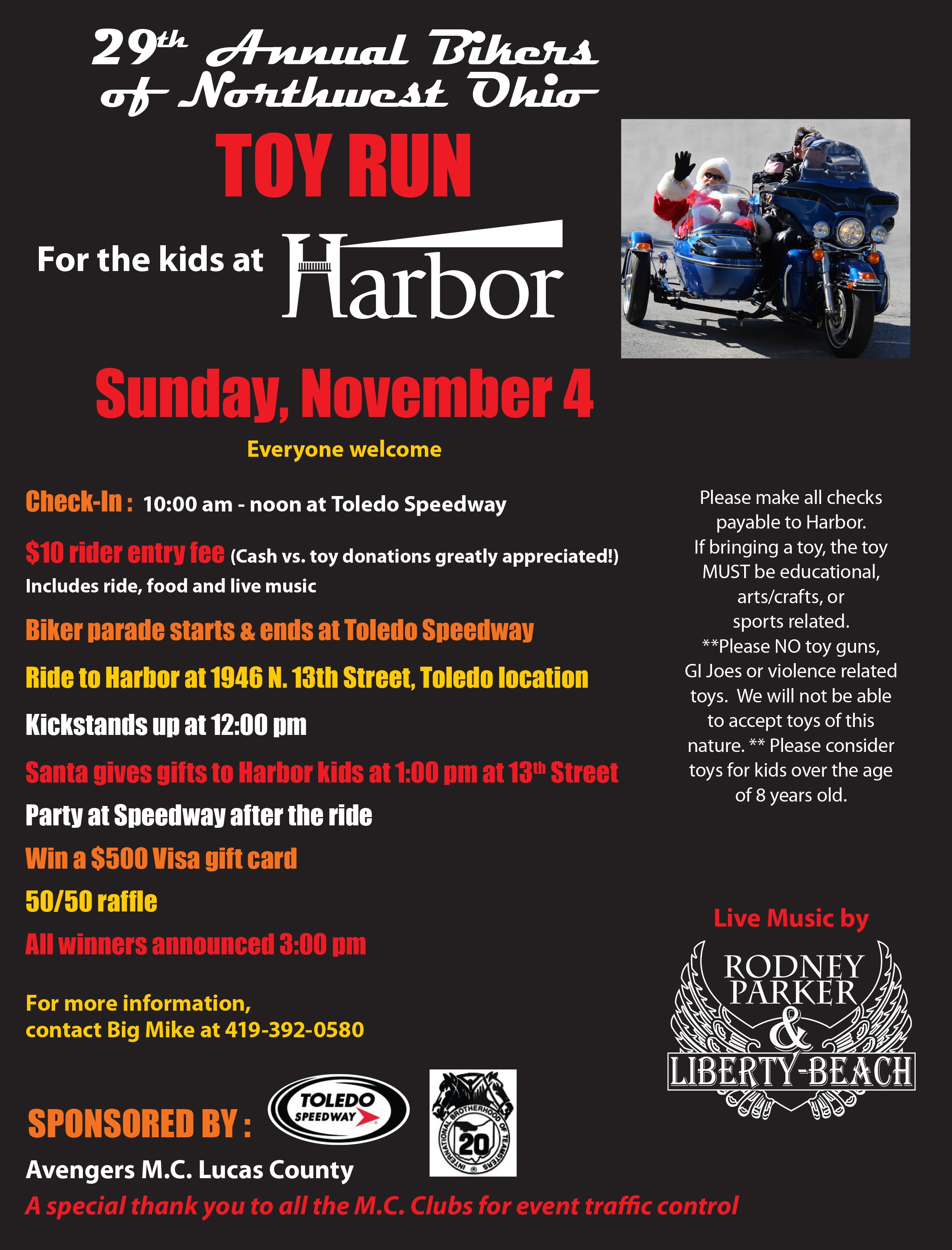