Andy Harding picked up a huge victory, taking his first-ever win in the 25 lap Salenbien Excavating ARCA Late Model Sportsman feature, while Randy Padgett Jr. took advantage of a last-lap battle for the lead, zipped to the outside and took his second win in a row in the 20 lap The Vault ARCA Factory Stock feature.

The Salenbien Excavating Late Model Sportsman feature saw First-time visitor Craig Dippman lead lap 1, with Kyle Worley taking the top spt on the next lap.  Greg Stilwell motored by on lap 6 and set sail, looking to repeat last week’s season-opening win.  A great battle between Worley, Andy Harding and Jim Froling was going on for the second spot, with Harding using the outside lane to take over, setting his sights on Stilwell.  As the laps wound down, Stilwell’s engine began to sputter and at the lap 20 mark, Andy whittled the gap.  With 2 to go, Harding steamed by on the top lane on his way to his well-deserved, first-ever feature win.  Froling got to second at the stripe, Worley was third and Stilwell limped home in fourth, and Dippman fifth, followed by Dan Grigsby and Todd Perkins.  Stilwell set quick time at 17:304 and Froling won the heat race.

The Midwest Modified Tour made a stop at Toledo Sunday afternoon with a solid 21 car field.  Trevor Berry started off the day by setting a new 1 lap mark for the Mods at 15:895.  The top 8 qualifiers re-drew for starting spots, with Buddy Gray and Blake Rowe on row 1.  Rowe charged into the lead on the green flag, with Gray in tow as they stretched their lead over the field.  The red flag appeared on lap 16 when Cole Carper tagged the turn 3 foam blocks.  A quick cleanup by the track crew got things going again, and Rowe again took off.  Berry worked his way around Gray for second and as the final 10 laps clicked off, lapped traffic slowed up the fleet Rowe.  Berry closed in and got to the back bumper of Berry, pushing his machine hard to go for the victory.  Rowe held strong and grabbed the win, Berry was second and Walt Obrinske was third, Brian Nester fourth and Jeff Ganus fifth.  Doug Meyer, Matt Dimit, Bubba Smith, Aaron Taylor and Jake Hinton completed the top ten. 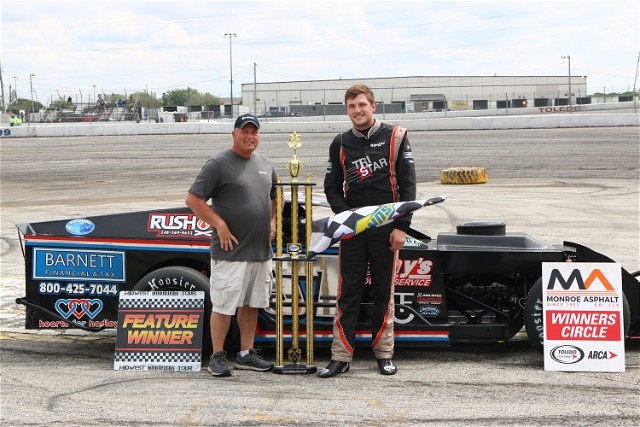 For the complete results, go to www.toledospeedway.com and click on the schedule/results tab, and the race date. 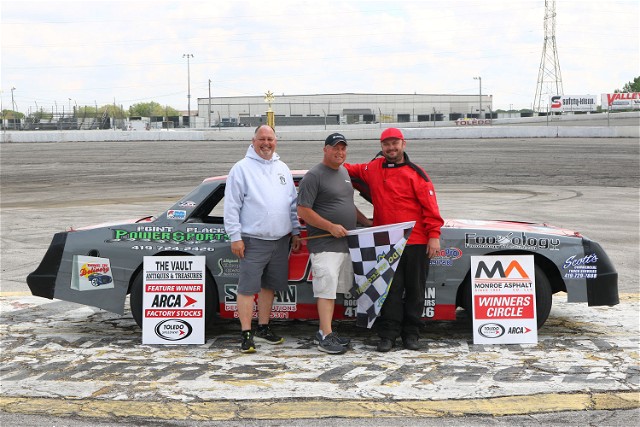 Mayor Wade Kapszukiewicz waved the green flag for the first event of the day, as part of City of Toledo Employee Appreciation Day.  The Michigan Auto Racing Fan Club awarded their helmet bag to Gabrielle Grigsby as part of Racing Fan Club Day at the track. 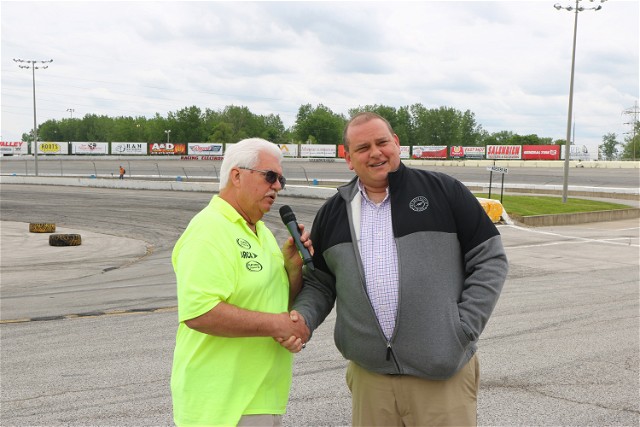 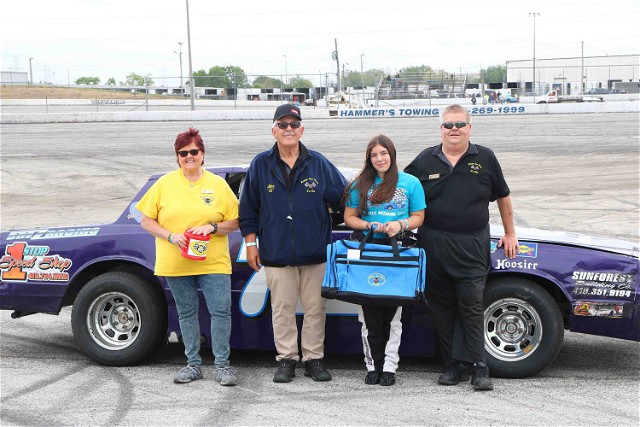 The next event at Toledo is the All Star Monster Truck shows Friday and Saturday, June 3 and June 4. The Monster Truck events are being added to the Toledo 2022 schedule.  The group has leased the facility from Toledo Speedway for this fun-filled, family-friendly weekend.

Tickets are now available by going to www.ToledoMonsterTrucks.com.  The earlier you buy tickets online, the more money fans will save!  Go to the website for the latest pricing.

Tickets will also be available at the gate the day of each show.  Cash and credit cards are accepted.

Each day a Fun Zone and Monster Truck Rides will be available from 4:30 p.m. to 6:30 p.m.  These activities are available at an additional fee.  Show time is 7 p.m. each night, with the show running approximately under 2 hours.  The events are rain or shine.

The Fun Zone allows fans to see the trucks up close, get driver autographs, and a Monster Bounce House, Monster Toy Box and cornhole games are also part of this activity!

The Monster Truck lineup will be announced soon.  Best Trick, Racing and Freestyle Competitions will be featured, with Quad Warrior racing also included each night.