Bob Keselowski, the 1989 ARCA Menards Series Champion, whose 24 career victories from 1985-1996 places him 8th on the all-time series wins list, passed away on Wednesday, December 21. He was 70 years old.

Always known as hardscrabble Michigan racers who far outperformed their resources, Bob Keselowski and his brother Ron were introduced to racing as teenage crew members for their father John Keselowski. The senior Keselowski, a former motorcycle racer, debuted his Michigan-based K Automotive racing team in the ARCA Series, then known as MARC, in 1958 and fielded cars for Homer Newland through the 1960s. By the 1970s, Bob and Ron had carried the family racing team to success at the highest level of stock car racing, as Ron drove to a USAC Stock Car victory at Pocono in 1974 and two top-5 NASCAR Cup Series finishes in 68 starts in Dodges crew chiefed by his younger brother Bob.

Ron then became the crew chief and car owner for Bob’s entire ARCA career in the 1980s and 1990s. Bob Keselowski’s ARCA Menards Series driving wins came at a wide variety of track lengths and configurations, and at some of the ARCA Series’ most iconic venues including five wins at Pocono, six mile dirt State Fairgrounds wins in Illinois at Springfield and Du Quoin, three at Delaware Speedway Park in Ontario Canada, a pair at Flat Rock Speedway and single victories at Berlin Raceway, Toledo, Winchester, Kil-Kare, Auto City, Rockford, Salem and Michigan Int’l Speedway. Bob led 68 races for 2,813 laps and had 67 top-5 and 90 top-10 finishes along with 26 pole qualifying awards.

Tagging along for nearly all those 170 ARCA races over 12 years were Bob’s sons Brian and Brad Keselowski. Brian went on to win three ARCA Menards Series races and drove in all three NASCAR National Series divisions. Brad became the 5th family member to race in the ARCA Series before winning 39 Xfinity and 35 Cup Series races, earning the 2010 NASCAR Xfinity Series and 2012 NASCAR Cup Series championships. 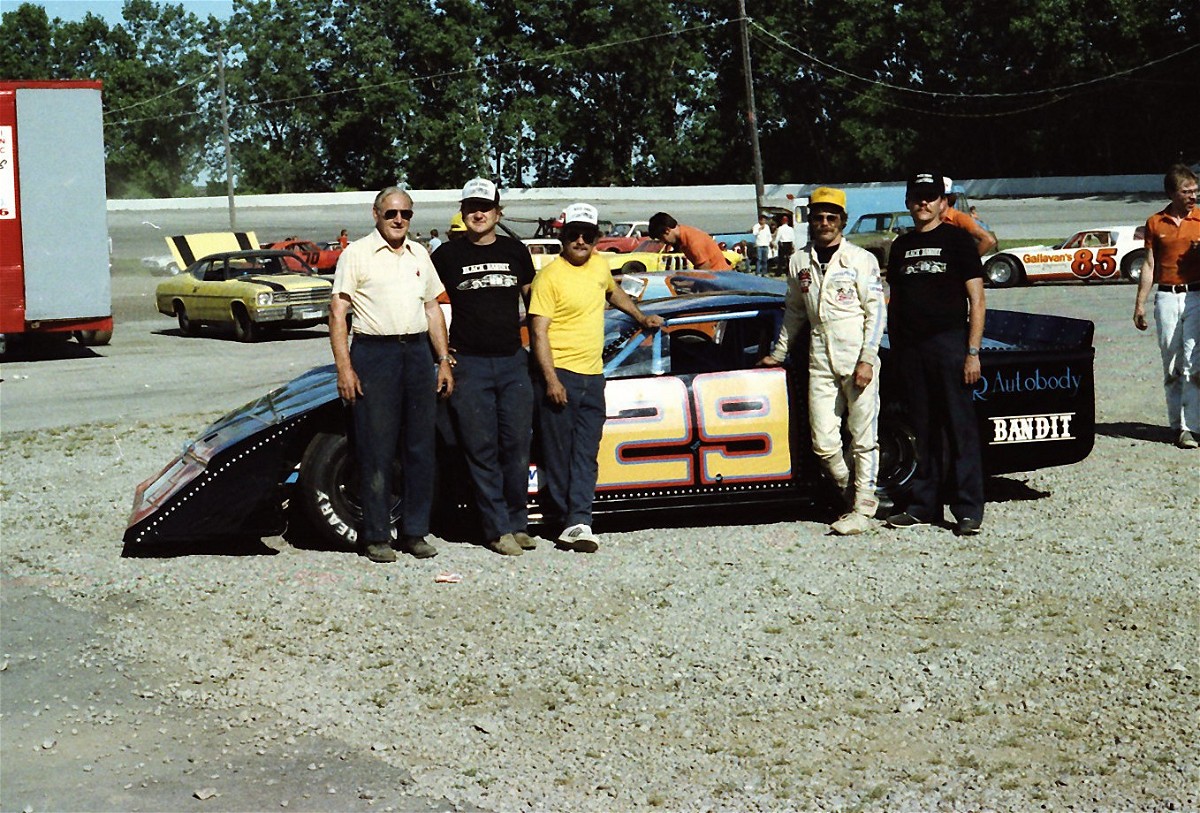 Prior to Bob driving in the ARCA and NASCAR Series, in the late 70s, Bob and Ron Keselowski built winning late model chassis and worked on other teams’ racecars to earn enough to race themselves. By the early 1980s, K Automotive built chassis won with regularity in Super Late Model racing in Ohio and Michigan and began to win in ARCA. As a late model driver, Bob became known as “The Black Bandit”, winning in K Automotive late model cars black in color and bearing #29, an identity which carried over to the ARCA Series. He won the 1983 track championship at Toledo Speedway, a feat duplicated by Brian in 2003.

Driving for the K Automotive team, Bob Keselowski made two NASCAR Cup Series starts and drove in 86 NASCAR Camping World Truck Series races from 1995-1999 with 15 top-10 finishes including a win at Richmond in 1997. The team raced in the Truck Series until 2005 with other drivers including Dennis Setzer, Terry Cook and Frank Kimmel. Bob was K Automotive team owner and crew chief when Brad drove in the Truck Series in 2004, then served as crew chief for Brian in the ARCA, Truck, Xfinity and Cup Series through 2016.

In retirement, Bob Keselowski worked daily at his Mooresville, North Carolina shop, with his primary focus a former NASCAR Cup car he and Brian highly modified and drove in land speed competition. Bob drove the car to 271mph at Bonneville Salt Flats in Utah in 2020 and set a class record of over 260mph at Loring Air Force Base in Maine at age 69 this past July.