Hunter Jack comes into Saturday’s Central Transport Glass City 200 as the series points leader, he was the series Regular Season Champion after the Redbud 400 event and is one of the four Chase for the Championship drivers who will race for the series Championship at the Winchester 400. The other Chase drivers include Crump, Scotty Tomasik and 2016 series Champion Cody Coughlin. All four Chase for the Championship drivers are entered for Saturday’s Central Transport Glass City 200 event, with Coughlin the only one of the four who has a series win at Toledo Speedway, that win came in April of 2016.

Carson Hocevar is entered to defend his win in last year’s Glass City 200 event. Hocevar passed Hunter Jack to take the lead on lap 40 and never looked back in getting the win by over three seconds over Sammy Smith with Cayden Lapcevich finishing third in last year’s event. Hocevar is currently battling in the playoffs with the NASCAR Camping World Truck Series where he is seventh in points with three top five finishes so far in 2021.

Michigan ace Brian Campbell is entered for Saturday’s Central Transport Glass City 200 event. Campbell has the most series wins at Toledo Speedway and is in second on the series all time wins list with 29, two behind series all-time wins leader Scott Hantz. Campbell is seeking his first ever series win in the Glass City event, coming off an overall second place finish in the series Battle at Berlin 150 event on August 21st and won the JEGS/CRA Stars Tour portion of that event.

Michigan driver Brandon Varney is entered to make his series 2021 debut. Varney was a two-time winner with the Vore’s Welding CRA Late Model Sportsman at Anderson Speedway in 2020 and made his ARCA Menards Series debut at Winchester Speedway on July 31st where he got a sixth-place finish and followed that up with a 10th place finish at the ARCA Menards Series event at Michigan International Speedway on August 20th.  Varney’s younger brother Evan, a former competitor with the Victory Custom Trailers CRA Junior Late Models, is also entered to make his series debut.

Former JEGS/CRA All-Stars Tour full-time competitor Jack Smith will get back behind the wheel this Saturday for his first start with the Platinum Motorsports Team. Smith has not raced for several years, while working to grow his business. Smith has 34 previous starts with the series and is a four-time winner with the JEGS/CRA All-Stars Tour. Bill Burda is entered in a team car with Smith to make his first series start since the 2014 season.

LV Enterprises has put up a $300 bonus to Saturday’s Fast Qualifier along with the $100 Fast Qualifier Award from Hamke Race Cars. There will also be $5 per lap award money for most, if not all the laps in the ARCA/CRA Super Series 100 lap event and a $25 bonus from the Michigan Auto Racing Fan Club for the first car out of the event

The Victory Custom Trailers CRA Junior Late Models will have their final event of the 2021 season this Saturday at Toledo Speedway, located in Toledo, Ohio as part of the huge Central Transport Glass City 200. Saturday’s Season Championship event will determine the 2021 series Champion. Saturday’s event will be the third all-time series event held on the ¼ mile track at Toledo Speedway, Chase Burda won the event in 2019 and Katie Hettinger won the event in 2020. 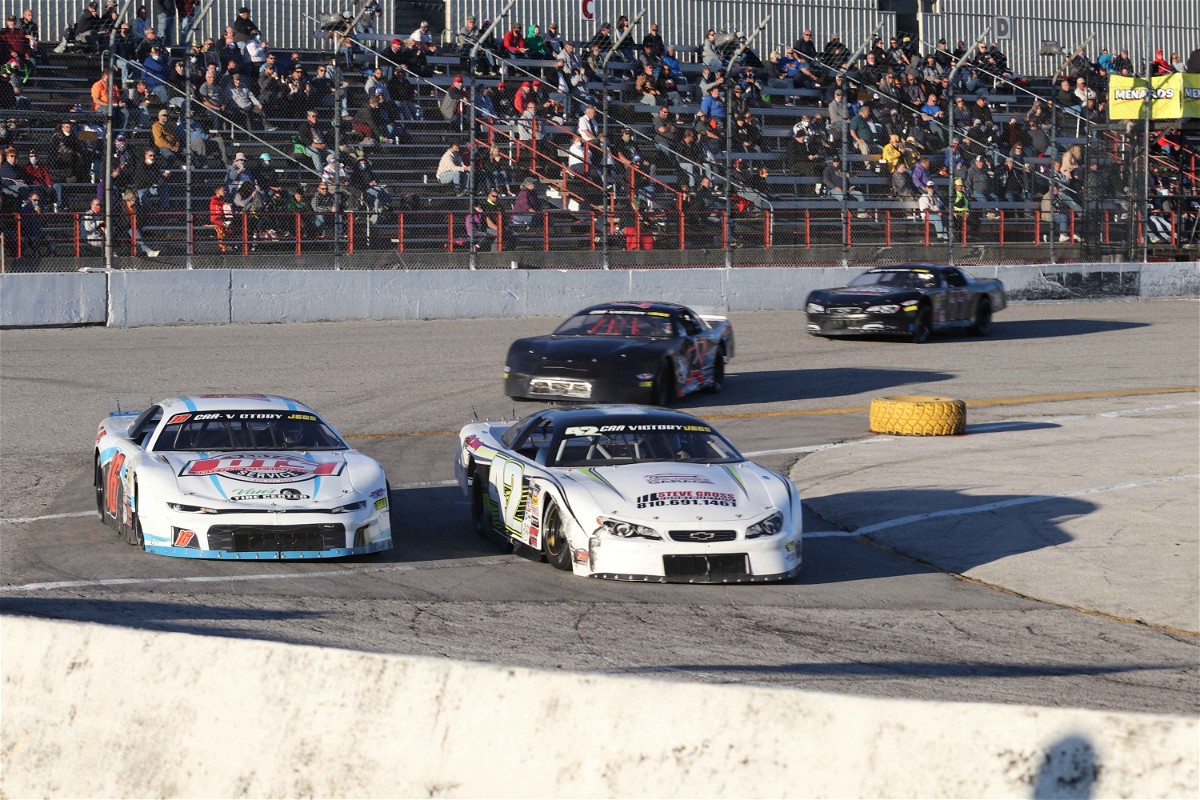 The Victory Custom Trailers CRA Junior Late Models was a new racing series in 2019 to focus on a youth movement for short track stock car racing that saw 10 to 15-year-old drivers compete amongst themselves for both experience and recognition in full size late models with an economical drive train and suspension alternatives. Chase Burda was the inaugural series Champion in 2019, he has now moved up to compete with the JEGS/CRA All-Stars Tour. Katie Hettinger won the 2020 Championship, winning two series events on the way and becoming the first female Champion in the 25-year history of CRA. Hettinger is now racing late models in the Carolina’s.

Some of the key components for the rule package for the Victory Custom Trailers CRA Junior Late Models will be the mandated use of the $3900 factory sealed Chevrolet Performance 602 crate engine. Teams will also be utilizing less expensive rear ends, transmissions and springs and spec KONI Shocks. The series will also be racing on 8-inch steel wheels and utilizing 8-inch Hoosier Racing tires. The series will compete on 3/8 mile and under racetracks with most events consisting of 8 lap heat races and a 25-lap feature.

On Friday, September 17th, there will be optional rig parking from 6 pm to 7pm. There will be no unloading of equipment on Friday.

Race day begins on Saturday with pit registration opening at 8:00am, pit gates will open at 8:30am. Practice will go from 12pm to 3pm on a rotating basis with the ARCA/CRA Super Series teams receiving two, 30-minute sessions. Qualifying will begin at 3:15pm. Racing will begin at 5pm with the Victory Custom Trailers CRA Junior Late Models eight lap heat races, the ARCA Gold Cup Outlaw Late Models 100 lapper will be next, followed by the Victory Custom Trailers CRA Junior Late Models 25 lap Season Championship feature, the ARCA/CRA Super Series 100 lap event will cap off the evenings racing events. The rain date if needed is Sunday, September 19th.

Additional event and track information can be found at www.toledospeedway.com.

Car counts on both events at Glass City 200 Saturday?? ..Thanks