And now Ken Schrader will add a School bus race to his resume as he jumps behind the wheel at Toledo Speedway’s 2021 season opening event Sunday afternoon, May 16.

The Central Avenue Truck Parts School Bus Figure 8 race Sunday afternoon, May 16 will feature NASCAR winner Ken Schrader at the wheel of a School Bus!  Schrader had plans to celebrate his 65th birthday by driving a bus last season at Toledo.  With much of the season cancelled due to the virus, Schrader agreed to be at the Glass City track for this fun-filled day of family entertainment. 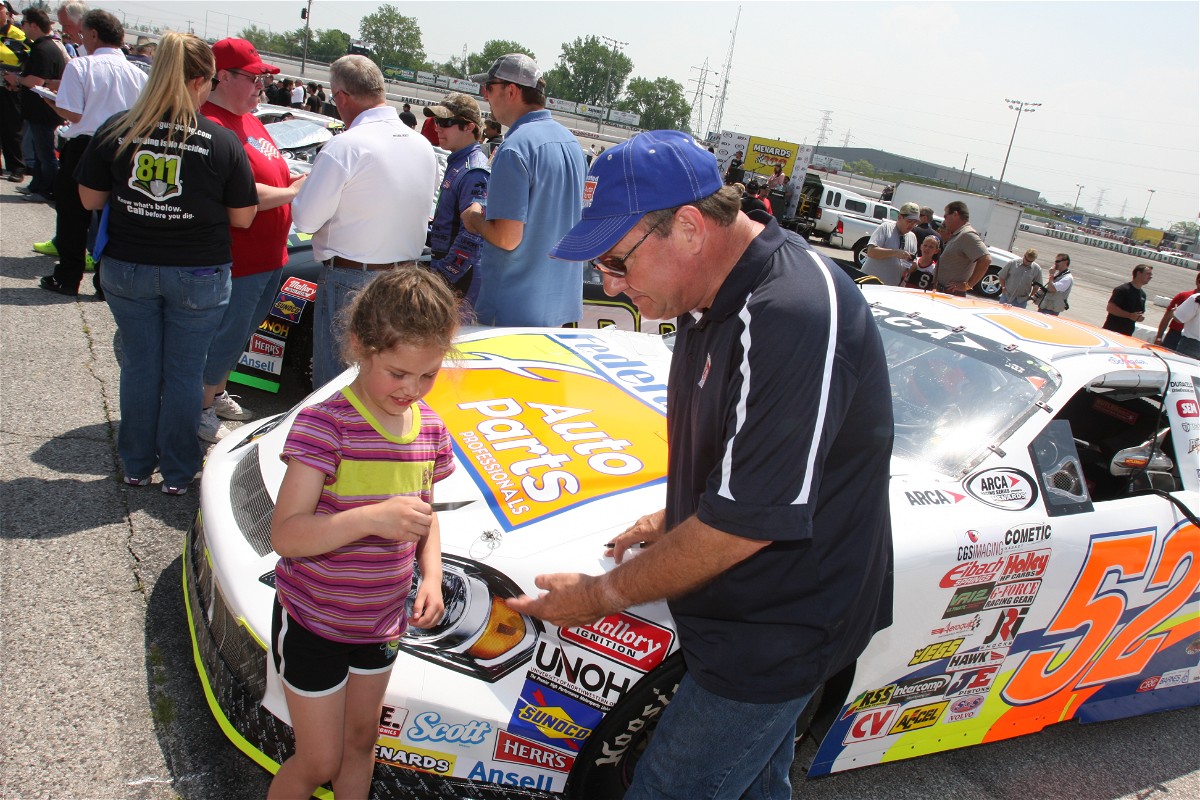 Schrader is very popular and became a fan favorite at the Glass City oval while racing in the ARCA Menards Series Stock Car events at the track over the past decade.  While “retired” from the NASCAR ranks, Ken has moved his racing operation back to his home state of Missouri.  Much of his racing activities center around dirt Modified racing from coast to coast, but he has been eyeing the School Bus race at Toledo since last season.

Tickets may be purchased online at www.toledospeedway.com or by calling the track office at 419-727-1100.

The ARCA R & M Recycling Late Model Sportsman, The Vault ARCA Factory Stocks and a Boat Figure 8 race are also on the schedule for the day. The ticket office opens at 11:30 a.m., spectator gates open at 11:45 a.m. and racing begins at 2 p.m.

In the grandstands, masks are required upon entry to the track and in any common areas (Concession stands, souvenir stand, restrooms).  Social distancing and washing your hands are other protocols that will be followed by the track.

Toledo’s second race of the season-the annual Herr’s Potato Chips 200 for the superspeedway-style stock cars of the ARCA Menards Series, takes place Saturday, May 22.  The Sportsman and Factory Stocks will also be in action.  Practice begins at 3 p.m., followed by feature events for both of those classes and Pole Qualifying for the ARCA cars at 5.  The 200-lap feature goes green flag at 8 p.m.

Discount tickets for the May 22 ARCA Menards race are now on sale at participating Menards stores or by calling the track at 419-727-1100.

Go to www.toledospeedway.com for further updates and information.