In the 1960’s through the mid-70’s, Flat Rock and Toledo Speedway featured 2 divisions of race cars, as did many tracks.  The Figure 8 division kick-started the racing careers of countless drivers, mechanics and car owners.

Toledo resident Chuck Carroll is pictured in his #82 Figure 8 machine, a Plymouth, from the 1971 season.  His brother, Willard, also ran in the class. 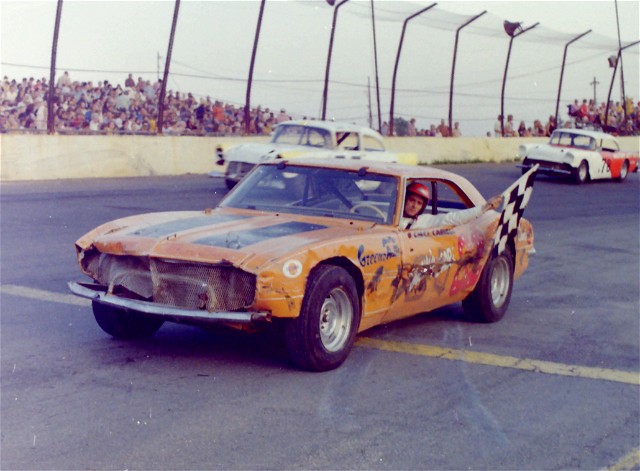 Chuck later went on to crew chief and wrench on multi-time Figure 8 track champ Chuck Hall’s #5 machines.  Carroll was also a key crew member for many drivers, including Tommy Adams and Nick Bailey.  Chuck can still be found at the track on most weekends and is well-known for his knowledge of race cars!