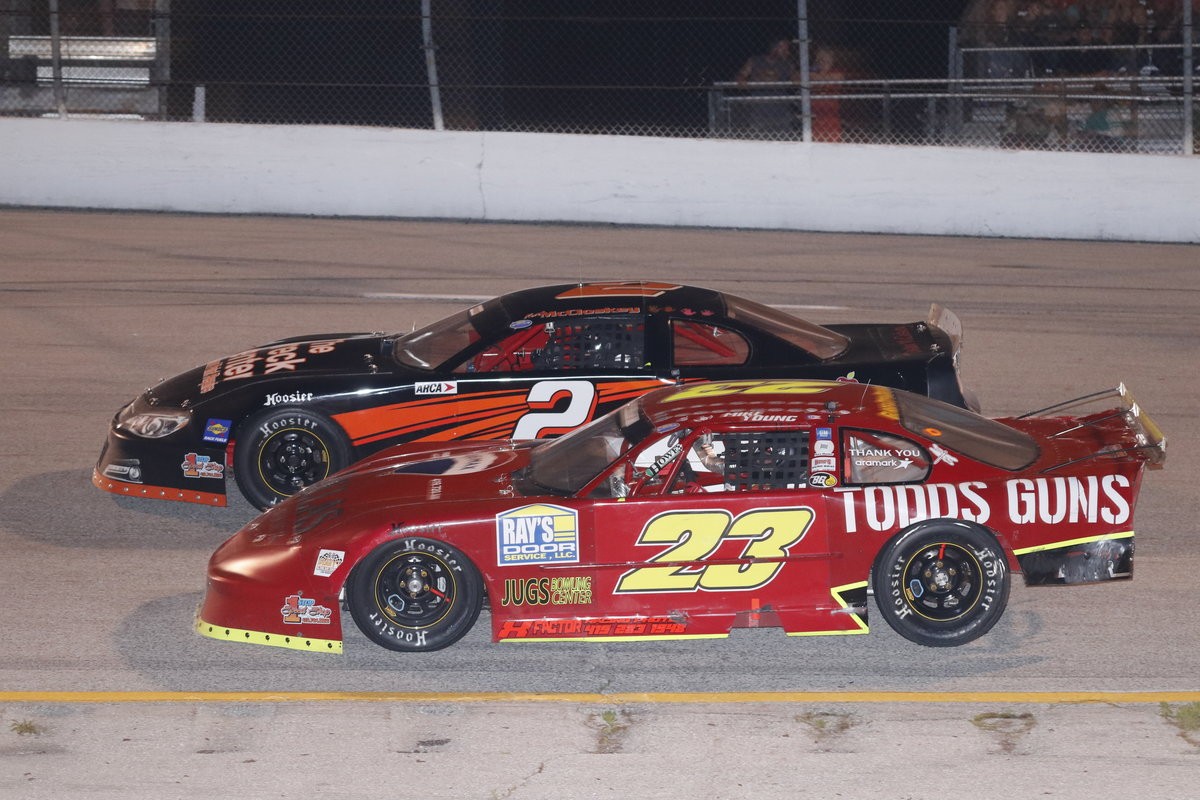 The winter office for both tracks is at the Toledo Speedway Automotive Building on the east end of the grounds; phone number, 419-727-1100 and mailing address remain the same.

DTS Drive Train Specialists (Street Stock and Gold Cup Series) returns as one of the division sponsors! Thank you to Claude Plante Jr. and Sandy Rissman for their continued support!

R & M Recycling will now become the title sponsor of the ARCA Late Model Sportsman class for 2020.  Thanks to Mike Rogers Jr. and Mike Rogers Sr. for their partnership and support.  *We are searching for a new sponsor for the Silver Cup Series for the class.

Welcome to our new Gold Cup Series sponsor CNV Enterprises of Rockwood, MI!  Owner Andy O’Bryan will become one of the Gold Cup sponsors for the Series and will also sponsor the September 5 bus race at Flat Rock.

**JUST A REMINDER as noted in the 2020 rule changes; quiet your car down!  DECIBEL LIMIT IS 97 DB….quiet your cars down!  Your family members and friends, and our fans, are up in the stands..think about that.

**2020 SCHEDULES are posted.  You can find them under the schedule/results tab or under the Racer info tab on the home pages of both of the track websites.

*We have made just a few slight changes at this point to the schedules.  The Toledo May 29 bus race rain date is now Sunday, May 31.

Corrigan Race Fuels will continue its sponsorship of the Street Stock 100 at Flat Rock.  Corrigan will also continue the $50 bonus in a random draw on race nights for those that purchase minimum of 5 gallons of fuel on that night, and will also award $150 and $100 bonuses at the end of the season for the top fuel purchasers in the Late Model, Figure 8 and Street Stock classes.  Sunoco race fuel will be the official fuel.   Pricing will be announced when secured.

The Flat Rock pad rental form is now posted on the track’s home page under Racer Info. Button.. Save $$ and get a free pit pass to one of the pre-season practices if paid by April 1.

Car numbers:  If you are new to the tracks or need a different number, call Scott to get one assigned to you.

If you have a photo of your car in the shop getting ready for this season, send it to us and we’ll post it on our facebook page!

FLAT ROCK:  Motor City Racing Promotions is leasing the track for the Motor City 200 for Saturday, April 25.  The CRA/Jeg’s Late Models, CRA Jr. Late Models and the Modifieds will compete.

Flat Rock’s first race for weekly divisions is Saturday, May 2:  Late Models, Figure 8’s, Street Stocks.  We will NOT race on Saturday, July 4---go enjoy the holiday with your family!  All championships are Aug. 22; IF we rain out, the championships will be Aug. 29.

**The 2 tracks will flip nights for 2 weekends; Flat Rock will run Fridays, May 15 and August 7; Toledo will run Saturdays, May 16 and August 8 is the Anniversary Show…more details soon!

The Bandolero class returns to Flat Rock for 7 dates in 2020, which features purpose-built race cars for ages 8-14.  * …If you are looking for a car, go to www.spartanspeedway.com or call us at the office.

2020 MEMBERSHIP application is posted under the Racer Info. Tab.  Cost remains the same as last season.  ALL drivers are required to hold a valid ARCA license before your first race you compete in at either track.

More information in the next bulletin…Stay warm!