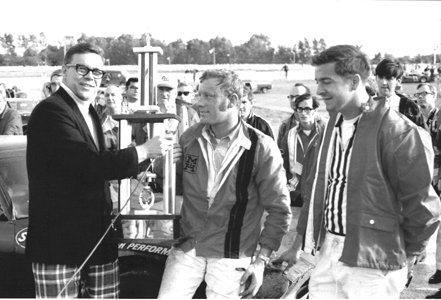 In 1968, ARCA founder and Toledo Speedway promoter John Marcum decided to add a race to the end of the Toledo Speedway season-the Glass City 200. Marcum was promoting races all over the Midwest with success. Toledo was the prime track to stage one of these races. The race would gain immediate prestige and recognition as one of the top season-ending classics.

A total of 50 cars made the trip to Toledo for the 1970 edition of the 200. The format was changed-a pair of 100 lap events, with an overall champion crowned, based on best finishes of both contests. Bob Senneker became a frequent visitor to Toledo during the summer, and showed his domination by winning both 100 lap segments and the obvious overall title. Senneker topped Joe Ruttman, Joy Fair, Harold Cook and Buzzy Kormos in the first segment. The 2nd 100 lap event Bob beat Fran Harden, Ruttman, Danny Byrd and Saginaw, MI driver Cy Fairchild.

The format remained intact in 1971, with 55 cars at the track. Senneker again showed his strength as the “Bluebird” #84 sailed to a second place run in the first 100, the win in leg 2 and the overall crown. Fran Harden edged out Senneker, Byrd, Fair and Ruttman in the first segment, while Senneker topped Fair, legendary car builder Ed Howe, Pennsylvania ace Bill Konszos and Jerry Makara.

Senneker, Fair, Howe, Ohioan Larry Moore and Makara were the top 5 in the overall standings. Byrd set fast time at 17:81.  Tommy Maier won the consolation race in the #9 Chevelle. 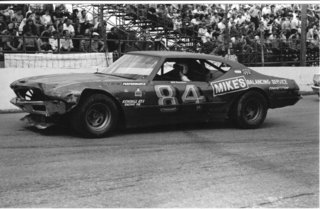 Danny Byrd pushed the #08 Chevelle and set fast time for the 56 entries at 17:67 and scored both wins and the title for the 1972 Glass City 200. Byrd, Ruttman, Moore, John Anderson and Bud Pingston were the top 5 in race 1, while Byrd led Ruttman, Pingston, Bruce Worrell and Moore in race 2. 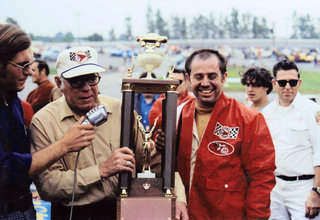 Saturday, September 21, the 31st Running of the Central Transport Glass City 200 presented by Hampton Inn and the Courtyard by Marriott race day begins with registration at 9:30 a.m. and the pit gates opening at 10 a.m. Practice will go from 1 p.m. to 4 p.m., with qualifying at 4:30 p.m. The ARCA Gold Cup Late Models will be shooting for the $500 LV Alliance Fast Qualifier bonus. An on-track autograph session will take place at 5:30 for all divisions. Pre-race driver introductions and ceremonies will begin at 6:30, followed by the race card