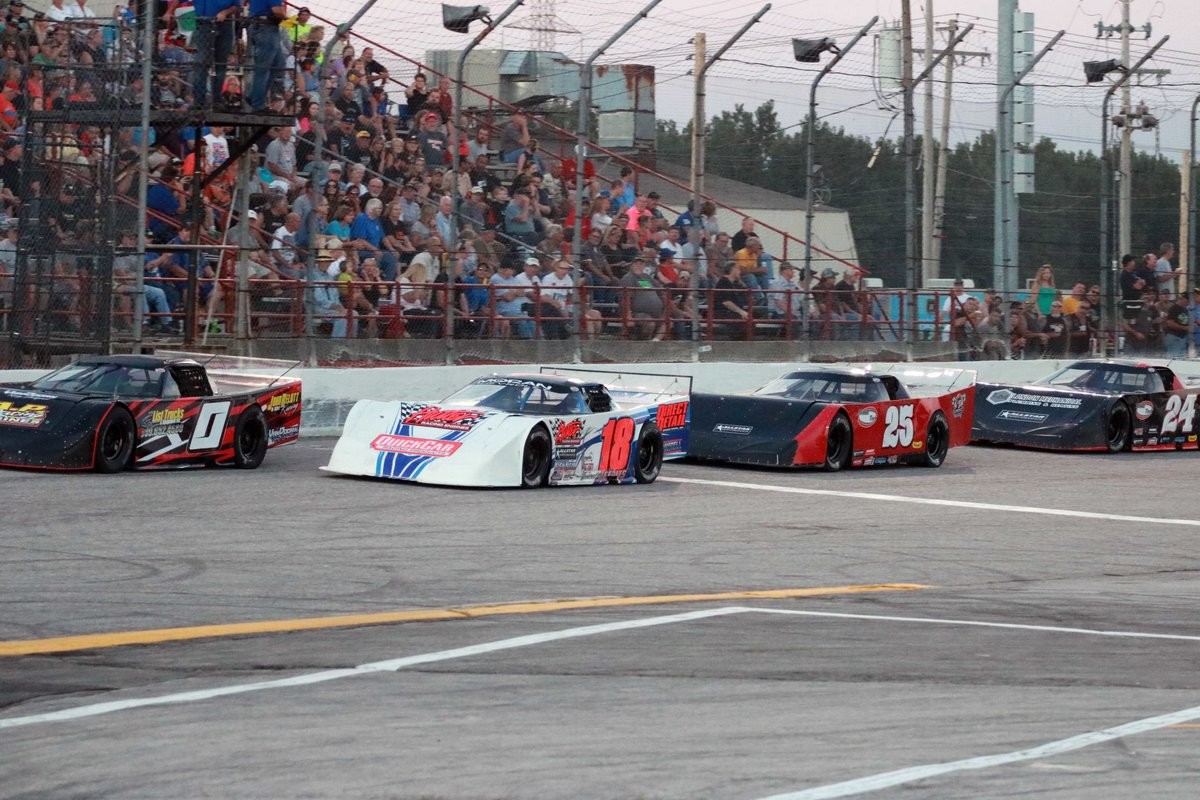 Toledo, Ohio—September 6, 2019: The first group of entries have arrived for the ARCA Gold Cup Late Model portion of the 31ST running of the Central Transport Glass City 200 presented by the Hampton Inn and Courtyard by Marriott at Toledo Speedway Saturday, September 21.

2013 Glass City winner Dennis Strickland and recently-crowned Flat Rock Speedway Late Model champion Frank Jiovani are on the list of the early entrants for the Gold Cup Series 100. 2016 Gold Cup champ Steve Needles has also filed his entry. Needles is looking for his first Glass City win, a race he has led several times, only to have mechanical issues end his bid for victory.

Toledo-area drivers Nick Bailey, Strickland’s teammate, and Tom O’Leary IV are also on the pre-entry list. Brighton, MI driver Kyle Crump will pilot the #50 machine, and will compete in both 100 lap events. Crump was a recent winner on the ARCA/CRA tour. Veteran Tom Cronenwett returns to competition for the first time in several seasons for this race. The entry list is posted on the Toledo website home page in the next race box.

Friday, September 20 optional rig parking only will take place from 6 p.m. to 7 p.m. There will be no on-track action.

Saturday, September 21, race day begins with registration at 9:30 and the pit gates opening at 10 a.m. Practice will go from 1 p.m. to 4 p.m., with qualifying at 4:30 p.m. The ARCA Gold Cup Late Models will be shooting for the $500 LV Alliance Fast Qualifier bonus. An on-track autograph session will take place at 5:30 for all divisions. Pre-race driver introductions and ceremonies will begin at 6:30, followed by the race card.