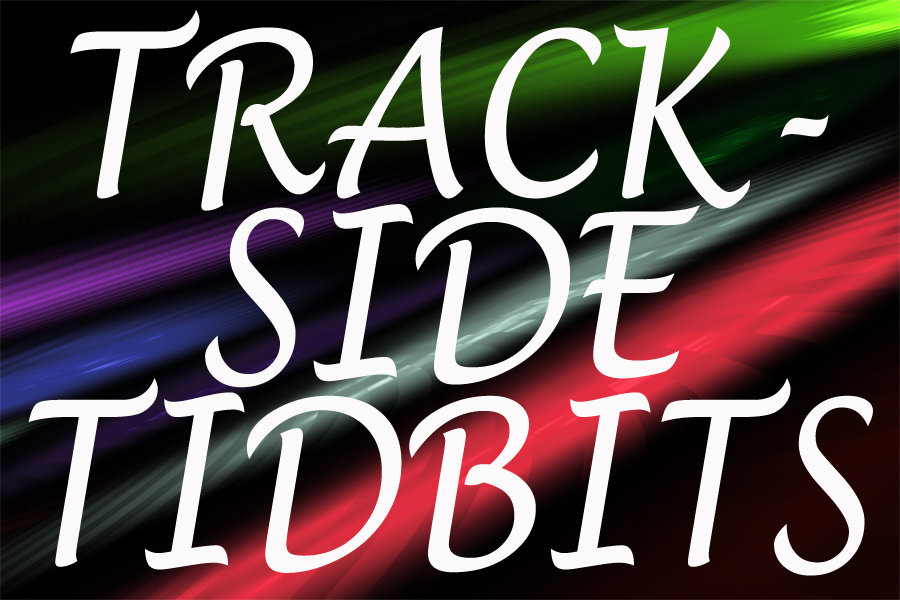 Brian Bergakker won his first Toledo Speedway race, his fifth Gold Cup win. He is ahead of Dennis Strickland. Unless there’s over 25 cars in the feature for Glass City, Bergakker just has to start the feature to win his first Gold Cup Championship.

Bob Mikolajczyk had one of the worse looking accidents at the Gold Cup race on Aug. 10, slamming into the foam in turn one after having a stuck throttle, “The last time I raced anything was the ARCA truck in 2016, Todd Perkins late model in 2014 or so, and I haven't raced this particular car since 2009. It was an old Howe chassis identical to the green #6 Tracy Leslie win Toledo championship in 85 or so. The engine and transmission seem ok, but the rear end seems bent. Car is pretty much destroyed, from roll cage forward is gone, not sure if center or rear can be saved just yet. A couple bumps and bruises but no major injury or pain. Would like to rebuild or replace but now out of cash! Thanks to the safety crews, the track management for the foam blocks, would have been much worse without them. Thanks to my wife, my Dad, Todd Perkins, Richie Schorling, Josh Bunting, Jeff Stickler, Rick Marut, Howard Kelley and One Stop Speed Shop. probably forgetting some I'm sure.” Thanks for the email update.

Dennis Redersdorf was the other half of the accident, “Well, not the Toledo race we were hoping for. The #17 car had his throttle stick wide open going into turn 1 on lap 2. We were in front of him on the outside and Dennis heard him coming. He ran over our left front corner and sent us into a slide. We made right side contact with him just after he hit the wall. His car then slid to the bottom of the track and caught fire. Both drivers were fine and have no injuries. Thanks goes out to Toledo Speedway for having the big foam blocks in the corners. Also thanks to the safety crew as all did a great job. We'll be back. Just don't know if it will be this year. Lots and lots of unseen damage”

Paul Martell won the Factory Stock race on the same night, “We're still riding high on the win Saturday. Kathie Hejl and I thrashed on the car all week, trying to bring the best car we could for the 60th Anniversary of Toledo Speedway. I wasn't happy with my qualifying effort and the car wasn't handling well. I got lucky on the inversion draw, but I knew there were gonna be some fast cars chasing me down. I made my strategy to try to keep her pinched on the inside of the track and have them take me high. When I saw the 99 alongside going into turn 3, I thought I was done, but kept fighting on the inside. I also got lucky on the spots where I caught lapped traffic. I just tried holding my line until the checkers fell, then the emotion hit. I'm proud and honored to be a part of Toledo Speedways history, and give Craig and Matt a lot of credit for making it a great race! I'd like to thank my sponsors, My Mechanics Place in Livonia, Larry's Auto Parts in Garden City, and Bishops Auto Wrecking. I'd also like to give a huge special thanks to Tony Camilli and the gang over at Tony's Tires for taking the time to mount up my tires at the 11th hour, and to the Padgett Racing Team for helping me prep the car in the pits. It couldn't have been done without them.

I want to thank all the drivers that sent me messages on Messenger. I love hearing from you, so you can send me a message on www.facebook.com/icechips or you can email me at icechips@hotmail.com. If you write something on your Facebook page and want me to just grab it from your page, please send me a note saying it’s okay to take … I have a list of pages that I check each race.

If you missed any of this year’s action visit Mike Miller’s YouTube page at: https://www.youtube.com/user/10yearnascarfan