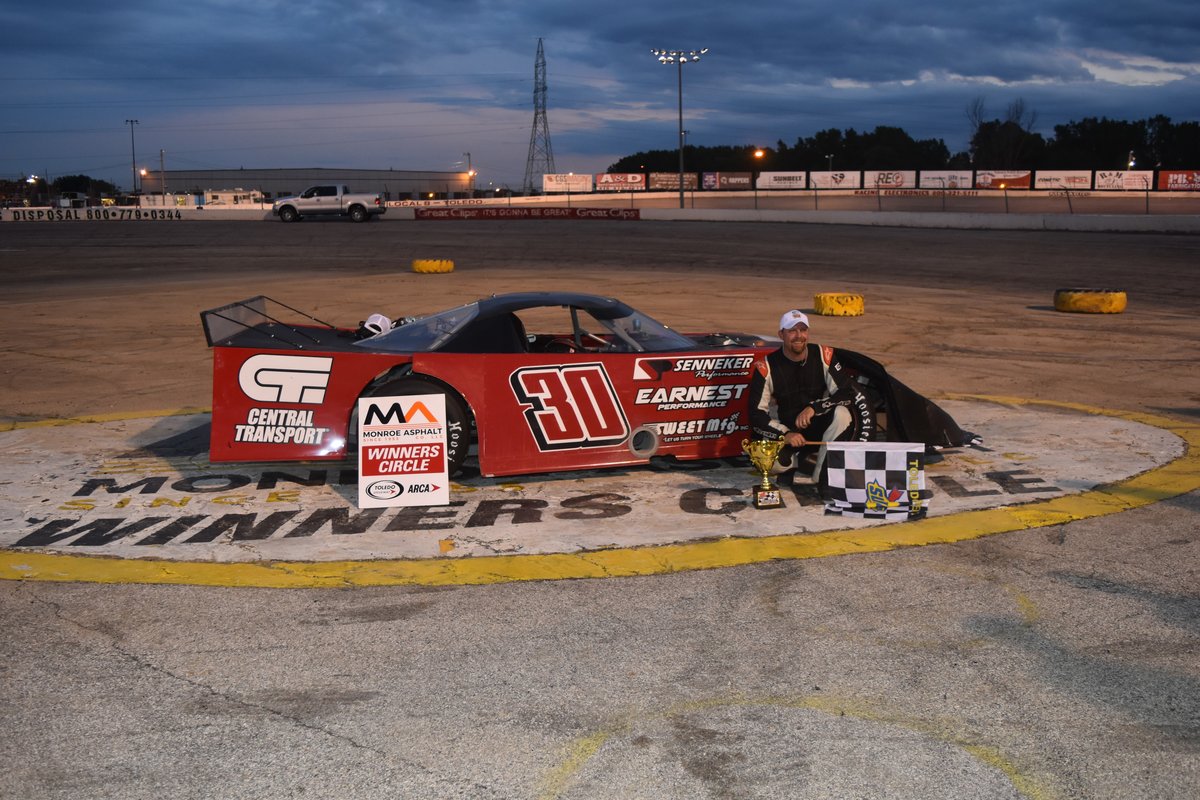 Toledo, OH—August 10, 2019: The crowd that filed into Toledo Speedway for the track’s 60th Anniversary celebration Saturday night were treated to an action-packed night of racing, including a win by a veteran just back from a tour of duty, a photo finish, a wild wreck, and the introduction of over 30 track champions and former drivers, including 3-time champion Danny Byrd. ARCA President and Toledo owner and promoter Ron Drager began the pre-race ceremonies with a brief summary of the track’s history and then introduced Byrd to the crowd, which showed their appreciation for each driver that was recognized during the ceremony.

Brian Bergakker put on a dominating display of speed as he sailed to victory in the 60 lap ARCA Late Model Gold Cup/Main Event Series feature event. Mike Root took the lead on the start, but the race was stopped on lap 4 when Bob Mikolajczyk’s throttle stuck going into turn one. Bob slammed into the foam blocks, gathering up Dennis Rederstorf in the process. Both drivers were ok. After a lengthy cleanup, the race resumed and Bergakker took the point, with Steve Needles also getting by Root. Needles shadowed Brian for nearly 10 laps until his machine suddenly slowed as he went down pit road, ending his night. The race remained all green flag the rest of the distance, as Bergakker flew away from the field to grab his first-ever Toledo win and his 3rd Gold Cup victory in the 5 races, cementing his point lead going into the final event, the Glass City 100 on September 21.

The biggest applause of the night was well-deserved, as Paul Martell steered his machine to the win in the 20 lap The Vault Antiques and Treasures ARCA Factory Stock race. Paul, just back from a tour of duty, led every lap in a spirited battle with Matt Rinnger and Craig Osenbaugh, who applied the pressure to Paul the entire distance. As Martell exited his car, the crowd cheered loudly. The trio finished in that order, with Jeff Wells fourth and Ian Jezylo fifth. James Rae, Ryan Mallory, Randy Padgett Jr. and Mike Miller were next in line at the finish. Jesse Carrillo was scratched from the race. Osenbaugh set the quick time at 11:918. 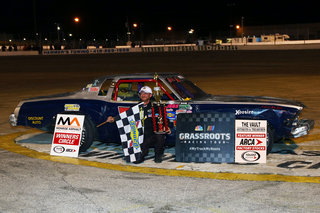 Perhaps the best competition for the ARCA Late Model Sportsman class in recent memory was a treat for the fans the entire 35 lap distance. Through it all, Ron Allen just nosed out Mike Young by inches to take the victory. In the early laps, Howard Kelley Jr. got sideways and tagged the inside edge of the ¼ mile foam block and wall, ending his night. The race got back to green and Tom O’Leary IV and Allen put on a great show, running door to door for nearly 15 laps. Young got into the thick of things and that trio diced back and forth, keeping the fans on the edge of their seats. With 5 to go, the pressure continued as Allen edged out front, but Young came by and took the lead. With 3 go to, Allen spun, with Tom taking the blame, setting up a great finish. Allen steamed into the lead by just a slight margin and coming off turn 4, Young dipped low as they raced to the stripe, with Allen inching ahead of Mike in a outstanding race and finish. Grant Hedges was third, Greg Stilwell fourth and Dan Grigsby fifth, followed by Adam Plonski, 15 year-old Cody Hall (in his first Toledo race), O’Leary IV, Jimmy Wahl, Kent McCloskey, Andy Harding and Kelley Jr. Hedges was the fast qualifier at 16:934. 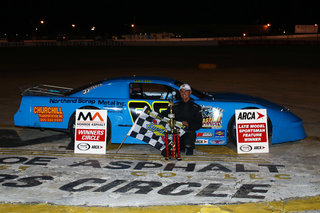 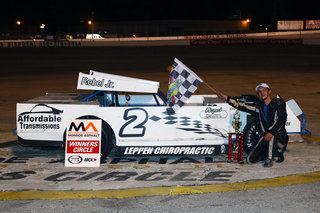 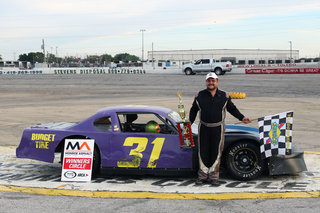 Friday, August 16 is the date for the Lakeshore Utility Trailer Sales “Night of Destruction”, featuring the School Bus Figure 8 race! A Boat Figure 8 race, Flag Pole race and some Stock Car events will be part of the race card. The ARCA Late Model Sportsman and ARCA The Vault Factory Stocks will stage their Season Championships, and the ARCA Figure 8’s will also hit the track.

Tickets are on sale now from 9 a.m. to 5 p.m. Monday through Thursday by calling the track at 419-727-1100 or stopping in at the track office. Tickets will go back on sale Friday afternoon at the track when the ticket office opens at 5 p.m.

The pit gates open at 4 p.m. Friday, the track ticket office and front gates open at 5, race car practice is at 5:30, bus rides for the kids will start around 7 and the show begins at 7:30 p.m.

A rain date of Sunday, August 18 at 6 p.m. has been established if needed.