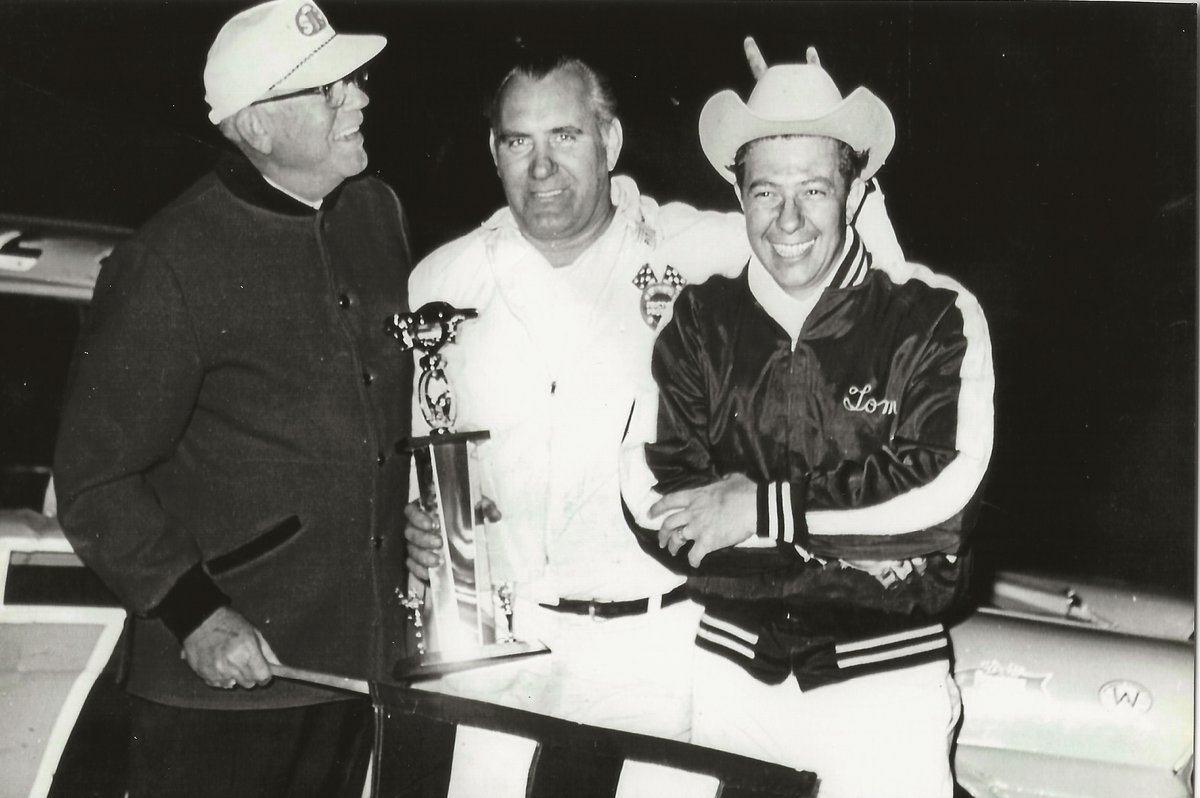 One champion driver from the past who will not be attending Saturday night’s Toledo Speedway 60th Anniversary celebration is Dick Mitchell, who won ARCA Late Model track championships at both Flat Rock and Toledo Speedway in 1966. Mitchell had planned to be on hand, however he passed away earlier this year at the age of 92 in Port Orange Florida, where he had lived since moving from his hometown of Trenton, Michigan. He was an annual visitor to the ARCA Menards Series garage area at Daytona Int’l Speedway along with old racing friends like Jerry Makara, Joe Ruttman, Dave Dayton and Ron Hutcherson. 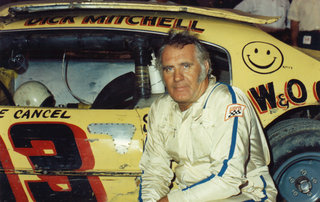 In the rough and tumble 50s and 60s, Mitchell stood out among the roughest and toughest. Burly, barrel chested and with his trademark muttonchop sideburns, he won races across the Midwest at short tracks in Michigan, Ohio, Indiana and Pennsylvania. His reputation was that of a hard racer not afraid to mix it up on the track or in the pits. But his victories and championships are more a testament to his mechanical and driving abilities than his imposing character.

Mitchell’s fascinating life pre-racing likely shaped his driving style. He served during World War II with the 82nd Airborne, his main responsibility protecting and serving supreme commander General (and future President) Dwight Eisenhower. He saw the inside of concentration camps and the atrocities associated with them. His athletic skills as a semi-pro football player prior to his armed forces service led him to becoming the company leader for exercise routines. 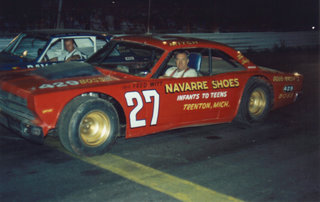 Mitchell returned to the United States in the postwar 40s and immediately began to pursue a career in driving race cars. In addition to his Toledo Speedway track championship and 8 ARCA Late Model feature wins, among his other driving accomplishments are track championships in the 50s and 60s at Flat Rock and 11 ARCA Late Model feature wins; winning major late model invitational events at Heidelberg, Pennsylvania and Ft. Wayne, Indiana; driving in the NASCAR Cup Series in the 60s; and racing in the ARCA Menards Series with a best finish of 4th in the Daytona race in 1964. Notably, the Daytona ARCA car was the same car in which Glenn “Fireball” Roberts was fatally injured with burns the year prior in a NASCAR Cup race at Charlotte. Mitchell put his racing career on hold for nearly 20 years focusing on business, but amazingly returned to the wheel of a Legends Car when he was in his 70s, racing—and winning—at nearby Daytona area short tracks.

Mitchell entered the restaurant business in the early 70s when he struck up a relationship with the widowed owner of Tony & Jerry’s Italian Restaurant, a staple eatery for the racing community located in Daytona Beach. Mitchell and Geraldine (Jerry) were married for 40 years until her passing in 2015. Mitchell’s daughter Toni was his constant companion and more recently caregiver, seeing that Mitchell made it out to Daytona Int’l Speedway annually for the ARCA race.

Dick Mitchell is among over 100 former Toledo Speedway track champions who will be recognized, either in attendance or in memoriam, Saturday night in on-track activities.