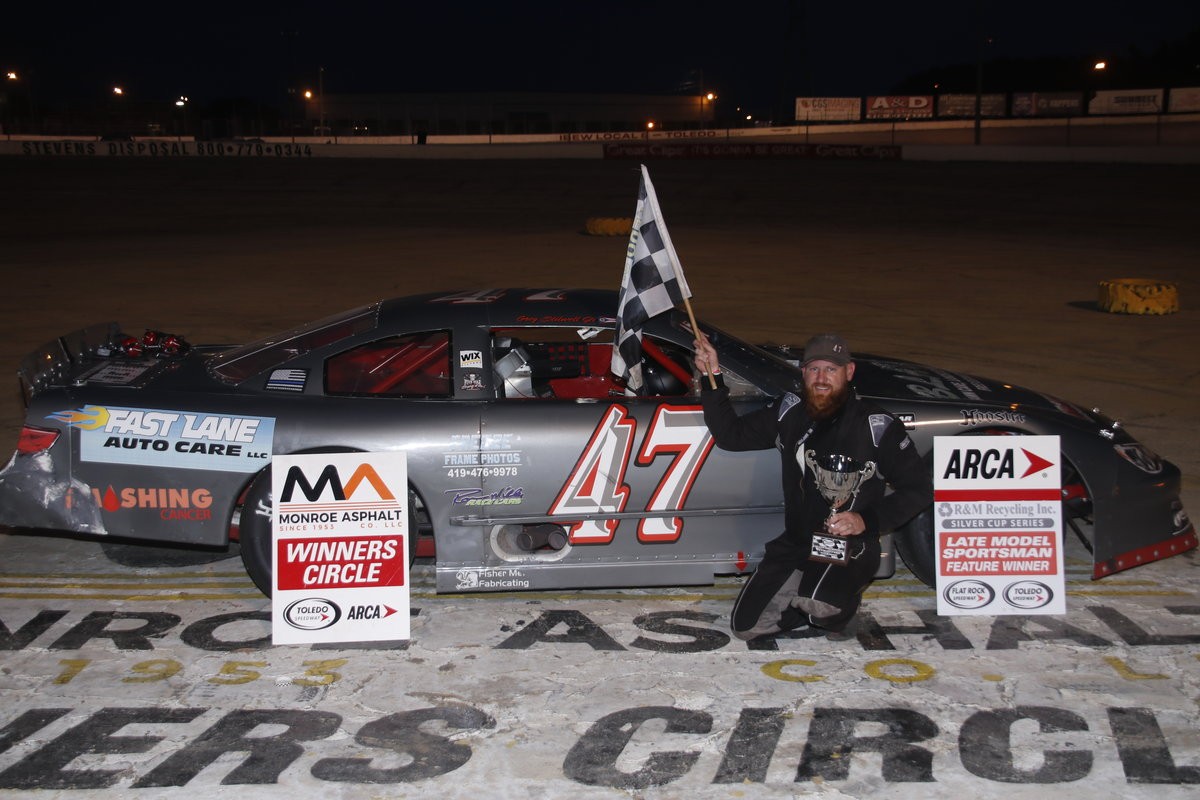 The R & M Recycling 3-race mini-series for the ARCA Late Model Sportsman Series took place Friday, and Greg Stilwell powered his way to his first-ever win and locked down the Series title with his efforts. Greg looked strong out front as he led every lap of the 35 lap event on his way to the big victory. The race was slowed on lap 27 when Andy Harding’s machine caught fire, bringing out the red flag. Greg took off on the re-start and edged out front and away from Howard Kelley Jr. on his way to the win. Kelley Jr. was second, Grant Hedges third, Mike Young fourth and Ron Allen fifth, followed by Kent McCloskey, Robert Meiring, Dave Frantz and Harding. Jimmy Wahl and Dan Grigsby scratched for the feature. Hedges set fast time at 17:020. Heat race winners were Stilwell and Harding.

Jeremy Vanderhoof zoomed to the win in the 20 lap ARCA Victory Lane Quick Oil Change Figure 8 feature contest. Jeremy took control at the start and built up a sizable lead over the field. Dennis Whisman began to whittle the gap as the laps wound down as Vanderhoof got caught up in traffic. His lead held up as he took the win over Whisman, Dennis Whisman Jr., Joe Vanderhoof, Jacob Lee, James Vanderhoof and Stephanie Bradley. Joe Vanderhoof took the heat win. 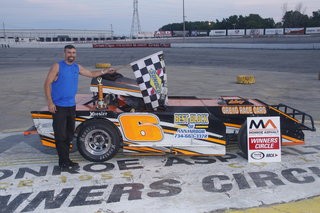 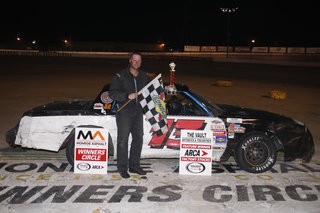 The next event on the Toledo schedule is a Saturday night special, August 10. Toledo Speedway will host the 60th Anniversary Celebration presented by Miller Lite and NWO Beverage.

$1 hot dogs, popcorn and soft drinks will be available all night long, the Pepsi Summer Giveaways will take place and the first 300 adults through the front gate will receive a FREE Miller Lite hat, courtesy of Northwest Ohio Beverage and Miller Lite.

All the past track champions have been invited back to take part in this historic event. The Racer’s Reunion will also be held August 10, with photo and memorabilia displays located in the Bar and Grille Banquet hall from 2 p.m. to 4 p.m. Admission to the reunion at the Bar/Grille is free and everyone is welcome!

Fans will have the opportunity to meet their past heroes and champions on this special night as the memories of 50 years are recalled for fans and racers alike!