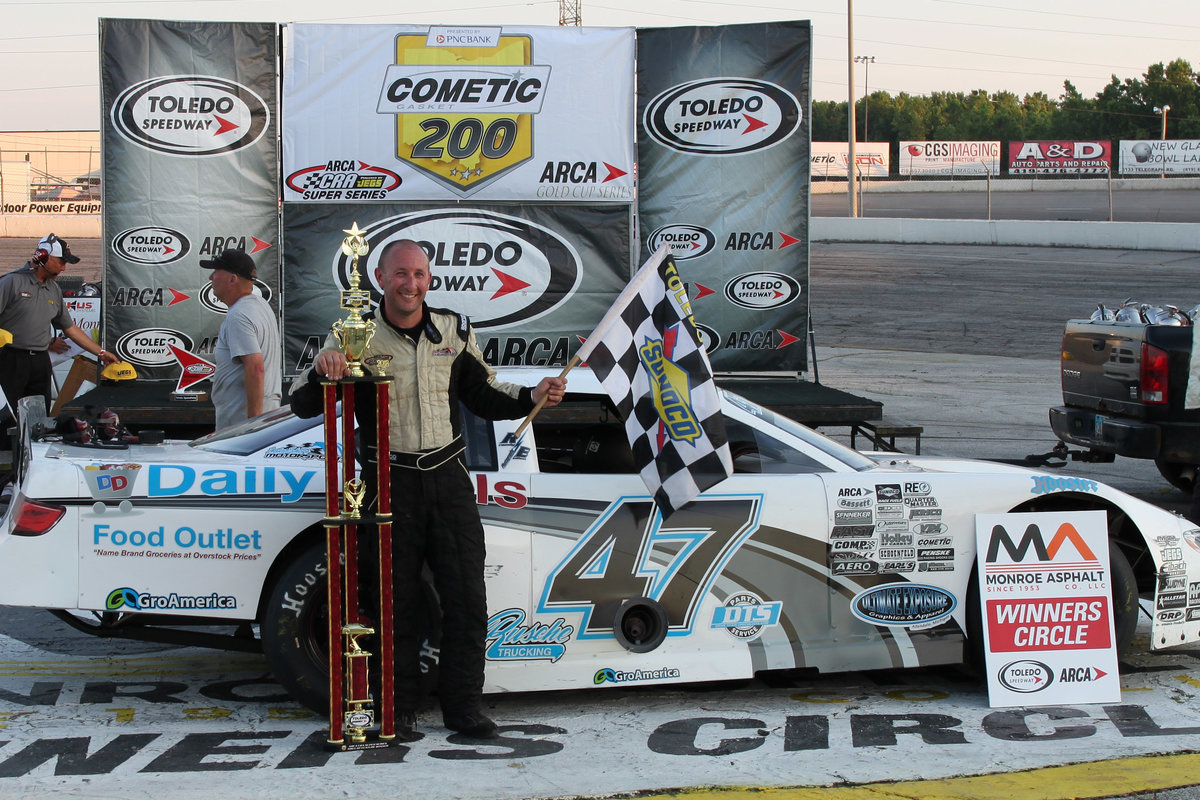 Salem, IN – The ARCA/CRA Super Series Powered by JEGS will head to Toledo Speedway, located in Toledo, Ohio, for this Sunday’s Ross Mortgage 150 Presented by PNC Bank event, which will also include racing action from the ARCA Gold Cup Outlaw Late Models. The event was originally scheduled for April 20th, but was postponed until Sunday because of weather.

Topping the list of entries to date for Sunday’s Ross Mortgage 150 Presented by PNC Bank is defending event winner Brian Campbell, who after scoring his win at Berlin, has now got 28 total wins with the series, he trails Scott Hantz, the all-time series wins leader by just three victories heading into Sunday’s event.

Current series point leader Josh Brock is entered for Sunday’s event. Besides Brock’s big win in Nashville, he has two other top five finishes in the series events so far this season including a fifth-place finish at the series Anderson Speedway season opener and a fourth-place finish at the series Bristol Motor Speedway event. Brock is locked into the series Chase for the Championship with his win at Nashville, as long as he competes in 70% of the races leading up to the Chase for the Championship.

Three-time ARCA/CRA Super Series Champion Johnny VanDoorn is also entered. The 2013 event winner is tied for third with former series Champion Brian Ross for most ever series wins with 22. VanDoorn picked up his first ever JEGS/CRA All-Stars Tour victory at Birch Run Speedway on May 18th.

Jack Dossey III is entered for his first ever race at Toledo Speedway. The 2017 and 2018 JEGS/CRA All-Stars Tour Champion started his season off with his first ever ARCA/CRA Super Series victory at Anderson over Braden and comes in fifth in Championship points and is locked into the Chase for the Championship with his win at Anderson.

Three-time ARCA/CRA Super Series Champion Scott Hantz is entered. Hantz’s 2013 win at Flat Rock Speedway was his last series win to date, he looks to end that streak this Sunday.

More information on Ross Mortgage is available at www.rossmortgage.com.

Additional event information can be found at www.toledospeedway.com.

Additional information on the ARCA/CRA Super Series can be found at www.cra-racing.com.