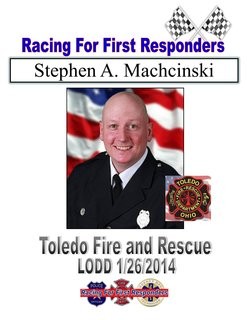 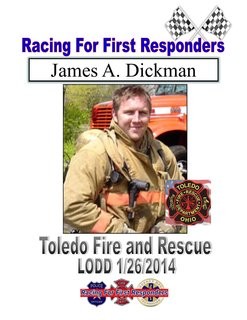 Racing for First Responders is a charity created to help families of fallen first responders, and to remember the sacrifices they made for their communities. “Carrying a photo in the car of a line of duty death first responder at every race is something I started doing after my brother perished in an accident as a firefighter responding to an alarm in 2016. When I learned we would be racing on Whelen First Responders night at Toledo Speedway, I knew I had to give tribute to these two Toledo heroes” said Rob Rehm.