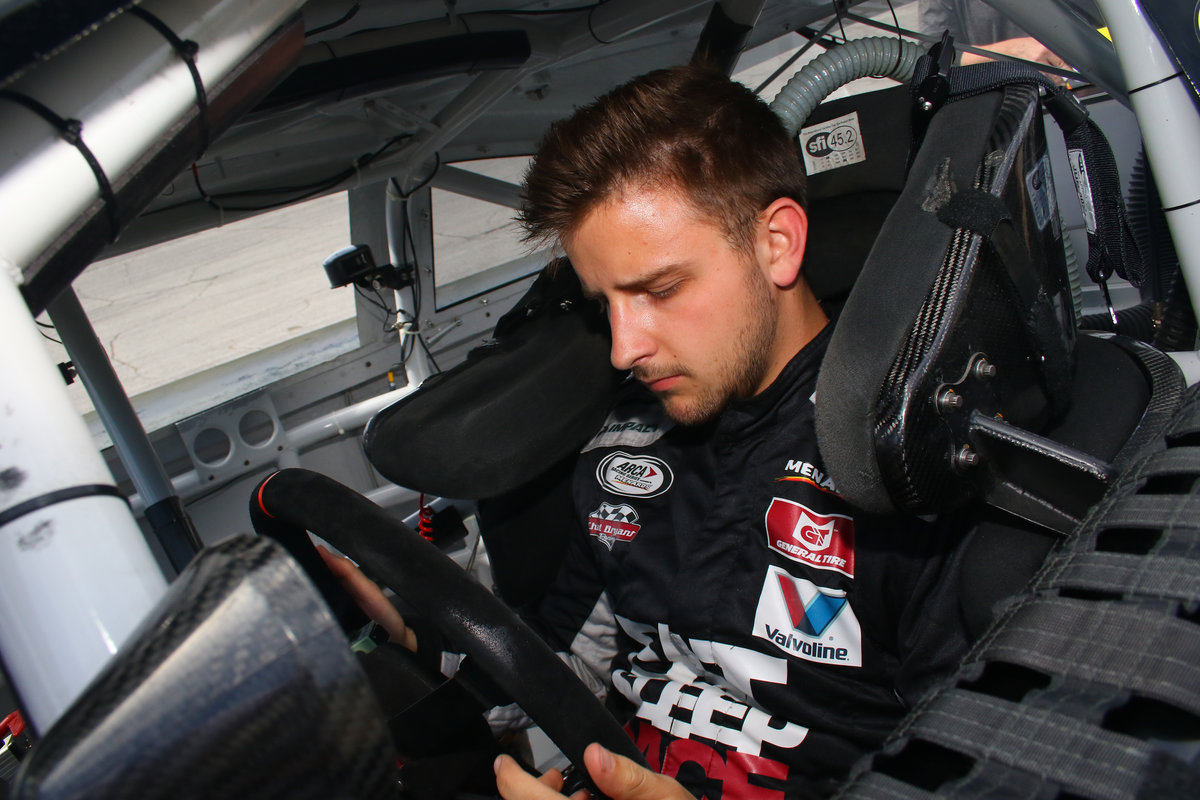 Last year, Joe Graf, Jr. (No. 77 EAT SLEEP RACE Ford) made his Toledo Speedway debut and finished third. Impressive enough for a driver in just his fourth career ARCA Menards Series start and at one of the trickiest tracks on the schedule. It’s even more impressive when you take into account he did it with a broken foot.

Graf suffered the injury to his left foot, used for braking, while playing basketball with his younger brother Ryan last Easter. While he was hobbled outside of the racecar, it didn’t slow him at all inside it. He finished second in a statistical dead-heat only broken by a review of the photo finish camera in his third series appearance at Talladega. That track doesn’t require a lot of braking. The short tracks, like Toledo Speedway, site of the May 19 Sioux Chief PowerPEX 200, do. After last year’s race, Graf’s left foot had swollen to nearly twice its normal size. 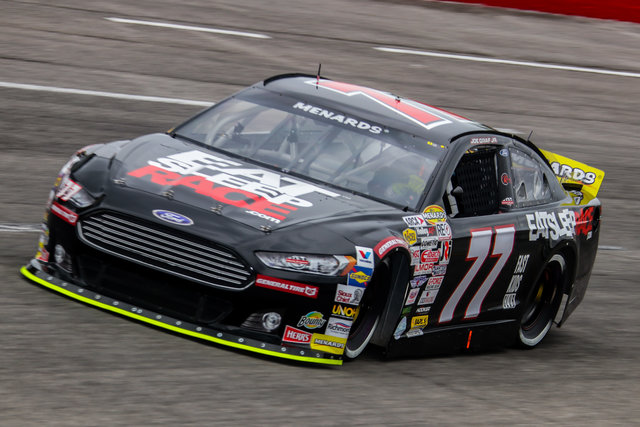 By the time the summer rolled around, Graf was fully healed and had acclimated to the heavy, full-bodied ARCA Menards Series racecars. He scored his first series win at Berlin Raceway in August in a fender-slamming duel with Zane Smith, ironically, the driver he battled with for the win at Talladega. Despite missing the first race of the season, Graf finished eighth in the series championship standings.

Returning for a second full year in the ARCA Menards Series, Graf sits fourth in the series standings a quarter of the way through the season’s 20 race schedule. He has three top-ten finishes in those five races but has yet to fully hit his stride. He tested last week at the half-mile banked oval on the Ohio-Michigan border looking to finally get some momentum headed into the busiest stretch of the ARCA season. Starting with Toledo, the series will have a race in each of the next seven weeks.

“We ran really good last year,” Graf said. “I was just getting over my broken foot. We had a strong test last week. We’ll make a few changes to help get it dialed in and hopefully end up in victory lane. I finished third with a broken foot last year, so there aren’t any excuses for this season.”

Graf is balancing his racing career with his education. He’s a full-time student at NYU pursuing a degree in Business, Media, and Sports Management. He recently signed on as an intern with Richard Childress Racing, working in the organizations marketing and communications department. When he’s not at the racetrack, or at the Childress shop in Welcome, North Carolina, Graf lives in Manhattan where he enjoys a penthouse view of the New York City skyline.

“I’ve been an intern with RCR since March,” he said. “It’s been a lot of fun and we’ve worked on a lot of different projects. I’ve been learning a lot. I am also in the Cup driver debriefs, the XFINITY driver debriefs, I am working with the engineers on Sunday at the shop, I work on all sorts of things with the marketing department during the week. It’s been a really good learning experience. I am in a lot of meetings over there, it’s really helping me understand the business side of racing as well as being in the car.”

Teamed with veteran crew chief and now car owned Chad Bryant, Graf has 15-year-old Corey Heim as his teammate on the short tracks. Despite having two totally different styles, he and Heim work well together.

“Corey drives a lot differently than I do,” he said. “He enters the corners here at Toledo differently than me, and that means sometimes the setups are very different. But we usually end up with very similar lap times. It’s just a matter of how we get there.”

Practice for the Sioux Chief PowerPEX 200 at Toledo Speedway is scheduled for 12:30 pm ET on Saturday, May 18, followed by General Tire Pole Qualifying at 4 pm ET. A 35-lap ARCA late model sportsman feature event will close Saturday’s activities at the track. The Sioux Chief PowerPEX 200 will go green shortly after 2 pm ET on Sunday, May 19. The race will be televised live on MAVTV. ARCA for Me members can access live timing & scoring, live track updates, and live user chat throughout all on-track sessions at ARCARacing.com. New users can register for free with a valid email address at ARCARacing.com/login. Tickets are available by calling