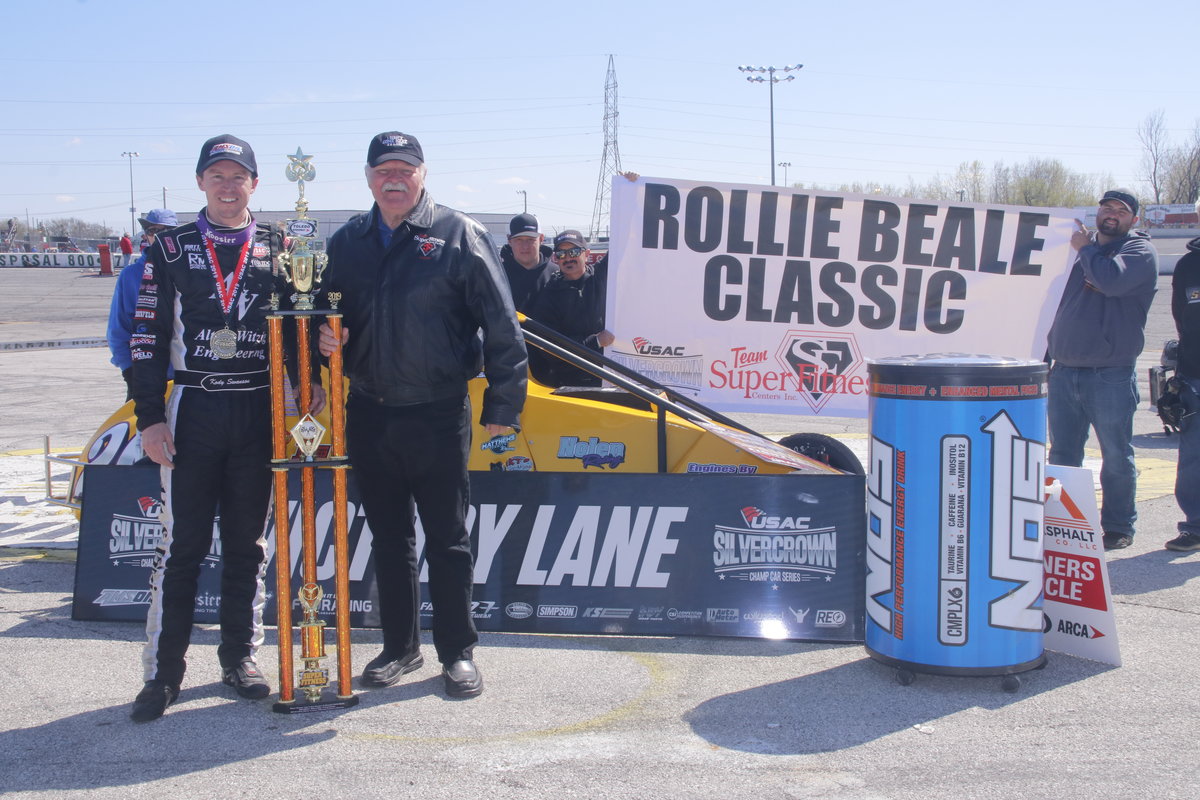 Swanson, the defending Silver Crown champ and the 2018 Beale Classic winner, was dominant throughout the 100 lap event. Several yellows slowed the action, and on each restart, Kody would gradually build a lead. A great battle for second spot in the final 30 laps between Aaron Pierce, Bobby Santos, Justin Grant and Chris Windom saw the quartet duck high and low around the fast ½ mile paved oval. As this went on, Swanson motored away to the victory, his 4th Beale Classic win. Santos finally worked his way by Pierce to take second, with Pierce third, Grant fourth and Windom fifth. Kyle Hamilton, local favorite Austin Nemire (from 20th to 7th), Derek Bischak, Joey Schmidt and Brian Gerster completed the top 10 finishers. 22 cars took the green flag, with 24 cars at the track. Swanson set fast time at 14:856.

The companion Non-Wing Sprint Car feature race was halted on lap 3 when Dameron Taylor lost the left rear tire on his machine in the front stretch. A nasty crash ensued, taking out Cody Gallogly, Taylor Ferns, Tony Main, Santos and Eric Gordon. Santos cartwheeled and came to rest on the cage of his machine. Taylor was taken to the hospital for further evaluation but waved to the crowd as he was put in the ambulance. All other drivers walked away.

The race was shortened to 30 laps from the scheduled 50 due to the reduced field. On the restart, fast qualifier Aaron Pierce dominated the competition as he sailed away with the win, his first-ever at Toledo. Justin Grant was second, Joey Schmidt third, Russ Gamester fourth and Brian Vaughn fifth, followed by Tom Paterson, Tom Geren Jr., Doug Dietsch, Joey Irwin and Gordon. 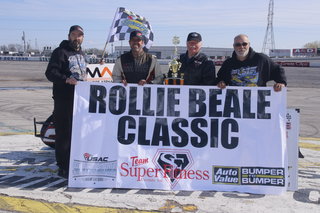 Toledo’s next event is the May 18-19 Sioux Chief Power Pex 200 presented by Federated Car Care for the ARCA Menards Stock Car Series. The superspeedway-style stock cars will make their annual appearance of the year, beginning with Armed Forces Pole Day on Saturday, May 18. All active and retired military will be admitted free for Pole Day. Practice begins at 11 a.m., with pole qualifying and a 35 lap ARCA Late Model Sportsman race on the card starting at 3 p.m.

Sunday, May 19 is race day! The gates will open at 10 a.m., an on-track autograph session takes place at Noon and the 200 lap event gets the green flag at 2 p.m.

Tickets are now on sale from the track, including general admission and reserved. The order form may be downloaded from the track’s home page or phone orders are being taken by calling 419-727-1100. Tickets purchased from Toledo Speedway in advance include a free ticket to Saturday’s Pole Day.