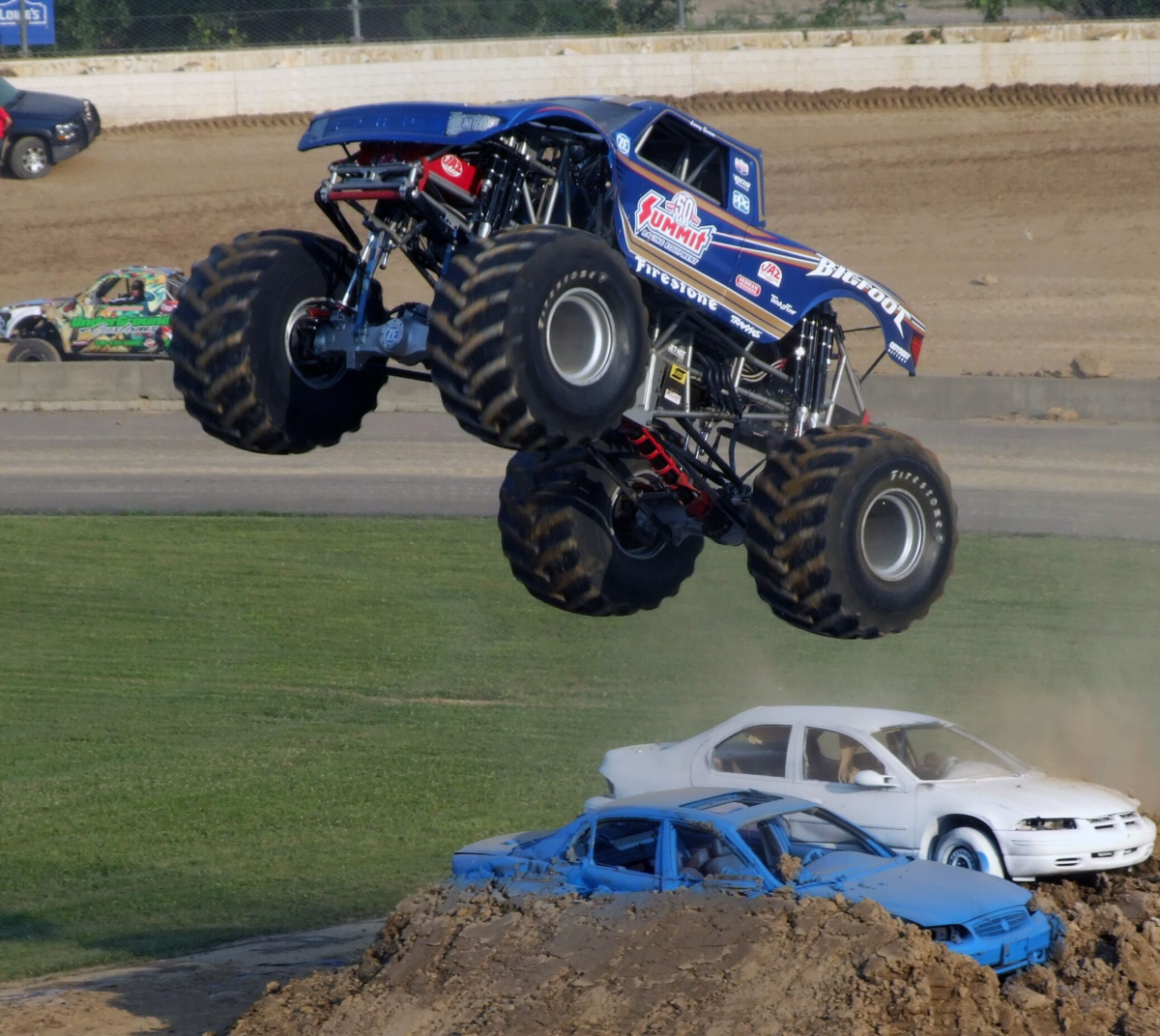 March 2, 2019:  Tickets for Toledo Speedway’s All Star Monster Truck Tour event and a variety of special

events at both Toledo and its sister track, Flat Rock Speedway, will go on sale Wednesday, March 6. Reserved seating, general admission tickets and children’s tickets will be available for selected races.

The order form will be available from either track’s website at www.flatrockspeedway.com or www.toledospeedway.com.  Go to the ticket button for the order form.   Ticket buyers may fill out the form and email it as noted at the bottom of the form. You must log in to download any type of form from the website.  Mail orders are also accepted.  There will be no on-line ticket sales at this time.

Checks and most major credit cards are accepted for mail orders, or fans can call the Toledo office at 419-727-1100 for credit card phone orders. The Flat Rock office will open in mid-April and may be reached at 734-782-2480.  Both tracks will also have tickets available at the track offices prior to the first races.

The Monster Truck race, which features an outdoor racing arena, will be highlighted by the ultra-popular BIGFOOT! Toledo Speedway will have a special price structure for this event, offering a children’s ticket price instead of a one-price ticket for all ages implemented for a majority of the indoor arena events.

Tickets for the Friday, July 5 event are $17 in advance for adults and $20 on race day. Children 2-12 are $5 in advance and $10 at the door.  A pit party, which allows fans to walk onto the track and meet the drivers and see the Monster Trucks up close, are $5 each.

BIGFOOT will be joined by the world’s largest 4-wheeler, “Quad Chaos”, the first Monster dump truck “Dirt Crew”, along with Stinger Unleashed and Pretty Wicked, featuring the husband-wife team of Zane and Lindsey Rettew. A Monster Truck will also jump attempt to jump a school bus during the show!

The highly-modified 4-wheel drive Ohio Rough Truck Invitational will also compete over a course of jumps and tight turns. Fans can also take a ride in a real Monster Truck prior to and after the show.

Toledo Speedway will also offer advance tickets for several other events on the 2019 race schedule. Tickets for the ARCA 200 presented by Federated Car Care for the ARCA Menards Racing Series Sunday, May 19 are also available.  The ARCA superspeedway-style stocks cars will make their annual visit to Toledo for the 200 lap contest.  An on-track autograph session is set for Noon, with racing at 2 p.m.  Fans that purchase their Sunday ticket from Toledo Speedway will receive the Saturday ticket for free, which includes practice, qualifying and a 35 lap ARCA Late Model Sportsman feature.

The first race of the season, set for Saturday, April 20, will feature the Ross Mortgage 200 presented by PNC Bank for the stock-bodied ARCA/CRA Super Series powered by Jeg’s Late Models and the ARCA Gold Cup Late Model Series.  Each division will run 100 lap feature events.  The first race of the year will offer General admission and children’s tickets for the event, with a $5 discount offered for adult advance ticket purchases.  Race time is 4 p.m.

The Hemelgarn Racing/Super Fitness Rollie Beale Classic presented by Auto Value/Bumper to Bumper Parts Stores for the USAC Silver Crown Series moves to a new date this year—Saturday, April 27.  A 100 lap contest is on the schedule for the Silver Crown Cars.  And, for the first time in many years, a Non-Wing Sprint Car 50 lap feature is also part of the race card. Fans can again save $5 on tickets purchased prior to race day.  A 6 p.m. start is on the schedule.

General admission and children’s advance ticket sales are available for both of the Night of Destruction/School Bus Figure 8 races Friday, May 31 and Friday, August 16 at Toledo.  The Monroe Super Store/Great Clips and Lakeshore Utility Trailer Sales will sponsor the event dates, respectively.  The May 31 event will also include MEGASAURUS, the fire-breathing, car-crushing dinosaur!

The track’s signature event, the 31st running of the Central Transport Glass City 200 presented by Courtyard by Marriott and Hampton Inn, is set for Saturday, September 21.  The stock-bodied ARCA/CRA Super Series powered by Jeg’s Late Models and the outlaw-bodied Late Models will both run 100 lap main events.  Each race will award $5000 to the winner.  The CRA Jr. Late Models, a class for racers from ages 10-15 will also be in action.  Both reserved and general admission tickets are available for this event.

Flat Rock Speedway will offer advance ticket sales for the Saturday, June 8 Lakeshore Utility Trailer School Bus Figure 8 Night and the Saturday, August 31 Dani’s Transport school bus race.  Reserved, general admission and children’s tickets will be available for these 2 events, which have played to standing-room only to sold-out crowds for the past several years.

Information regarding tickets for the Motor City 200 Sunday, April 28 at Flat Rock Speedway will be announced soon. The event is promoted by Motor City Racing Promotions.  The CRA Jeg’s Late Model Series, the ICAR Allstar Modified Tour and the first-ever race for the CRA Jr. Late Models will kick off the 2019 schedule at Flat Rock.

The advance ticket sale and discount, when applicable, ends at 5 p.m. the day before each event.