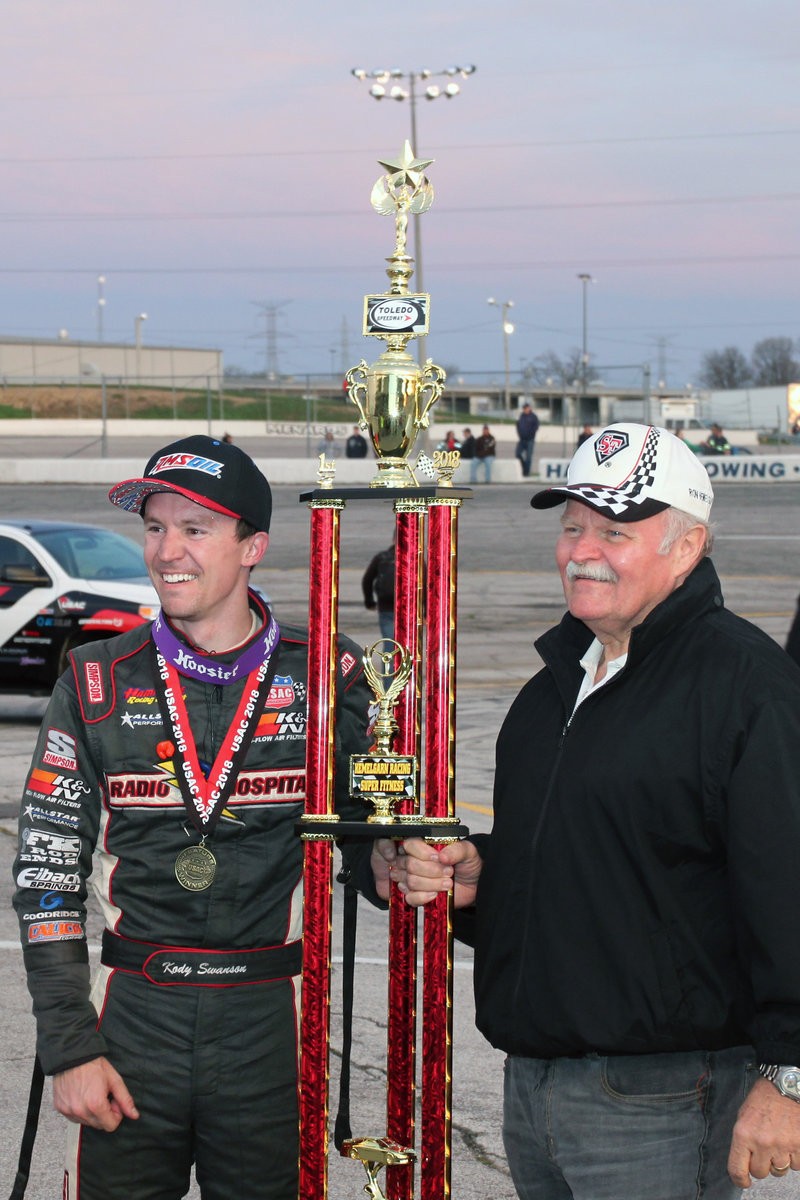 Toledo, Ohio—December 27, 2018: Local businessman and 1996 Indy 500 winning car owner Ron Hemelgarn has signed on to continue his sponsorship of the Rollie Beale Classic, set for Saturday, April 27 at Toledo Speedway. Ron’s Super Fitness business will also be involved with the only open-wheel event at the track in 2019. Track management has also secured Auto Value/Bumper to Bumper Parts Stores as the presenting sponsor for the race at the fast ½ mile paved oval.

The new open-wheel event for 2019 features the USAC Silver Crown Champ Car Series and a Non-Wing Sprint Car race on the same race card. Race time for April 27 is set for 6 p.m. A rain date of the following day, Sunday, April 28 at 1 p.m. has been established.

“When my business partner Roy Mott and I purchased Toledo in 1999, Ron was one of the very first to reach out to us and ask what he could do to support Toledo Speedway and grass-roots racing,” said Ron Drager, Owner and Promoter of the track. “He has always been there for the racers and the track for the 20 years we have been there,” noted Drager. “His support is the reason we are able to make the Rollie Beale Classic part of our 2019 schedule of events.”

USAC’s Silver Crown Cars will compete in a 100 lap contest, while the Non-Wing Sprinters will stage a 50 lap main event. Toledo has teamed with Anderson, IN Speedway and will implement the rules package and payoff utilized for their non-wing Sprint shows. Anderson is home to the famed Little 500 Sprint Car race in May, in addition to several other Non-Wing Sprint car events during the season.

The Non-Wing Sprint Car event will be part of the Auto Value/Bumper to Bumper Sprint Car Series for the new season. The track has also announced a Vintage Race Car Exhibition will also be a part of the event, along with an open-wheel Racer’s Reunion.

Several drivers are expected to compete in both divisions at Toledo April 27.

Ticket information and additional details for race day will be announced in the coming weeks.