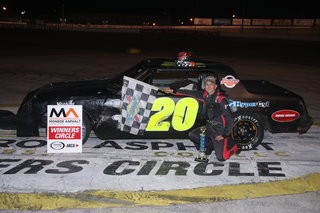 The 40 lap ARCA Aramark Late Model Sportsman title went to the final event, as Kelley had a 20 point edge on Tom O’Leary IV heading into the feature. Mike Young zipped by O’Leary on lap 6 and held a solid lead throughout the contest to score the victory. The red flag came out on lap 27 when Dan Grigsby got into the back of Andy Harding, sending the duo hard into the turn 1 foam blocks. Both drivers were ok but suffered heavy damage to their machines. Young took off again on the restart and again built up a good lead on the way to the win. Kelley Jr.’s second place run netted him the 2018 title, third was O’Leary IV, Kent McCloskey fourth and Landon Schuster fifth. Craig Osenbaugh, Robert Meiring, Harding, Grigsby, Adam Plonski and Greg Stilwell rounded ouf the finishing order. Young set quick time at 17:460. Heat winners were O’Leary and Kelley took the heat wins. 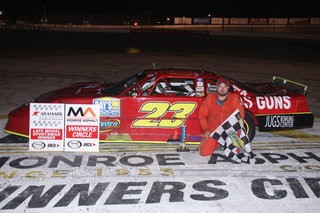 A short field showed for the 2018 ARCA Factory Stock finale’, with 17 year old Ethan Stadniczuk taking the win in the 25 lap feature and securing the championship in the process. A wild initial start eliminated 3 cars for various reasons, leaving Ethan and Jacob Thomas the survivors. With that pair tied for the point lead, the duo ran the 25 laps and Stadniczuk grabbed the big win. Thomas was second, Mike Miller third, Craig Osenbaugh fourth and Adrian Sharp. Thomas took the heat win. 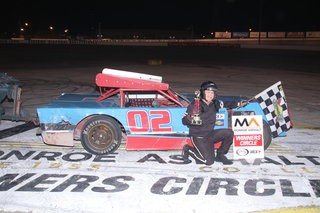 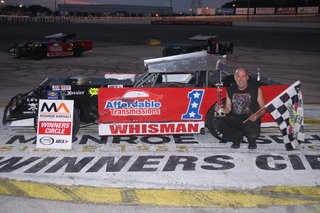 The School Bus Figure 8 show saw AJ Padgett get up on 2 wheels several times, and Terry Smith did roll his bus, much to the delight of the roaring crowd. Through it all, Safari Sam Mills sped to the win. Dave Lambert, Jack Franzil, Joe Koester, Smith, Padgett and Dennis Whisman were the other bus drivers. 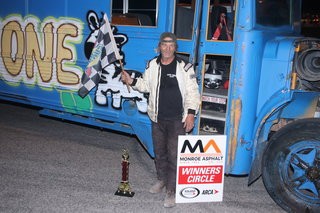 Toledo’s final race of the year is the 30th Anniversary of the Central Transport Glass City 200 presented by the Holiday Inn Express, Hampton Inn and Courtyard by Marriott Saturday, September 15.

The 200 laps of racing format will see 2 divisions of Late Models in competition for the 2018 edition of the prestigious race. JR Roahrig (Outlaw Late Models) and Johnny VanDoorn (ARCA/CRA Late Models) are the defending race winners of the Glass City event.