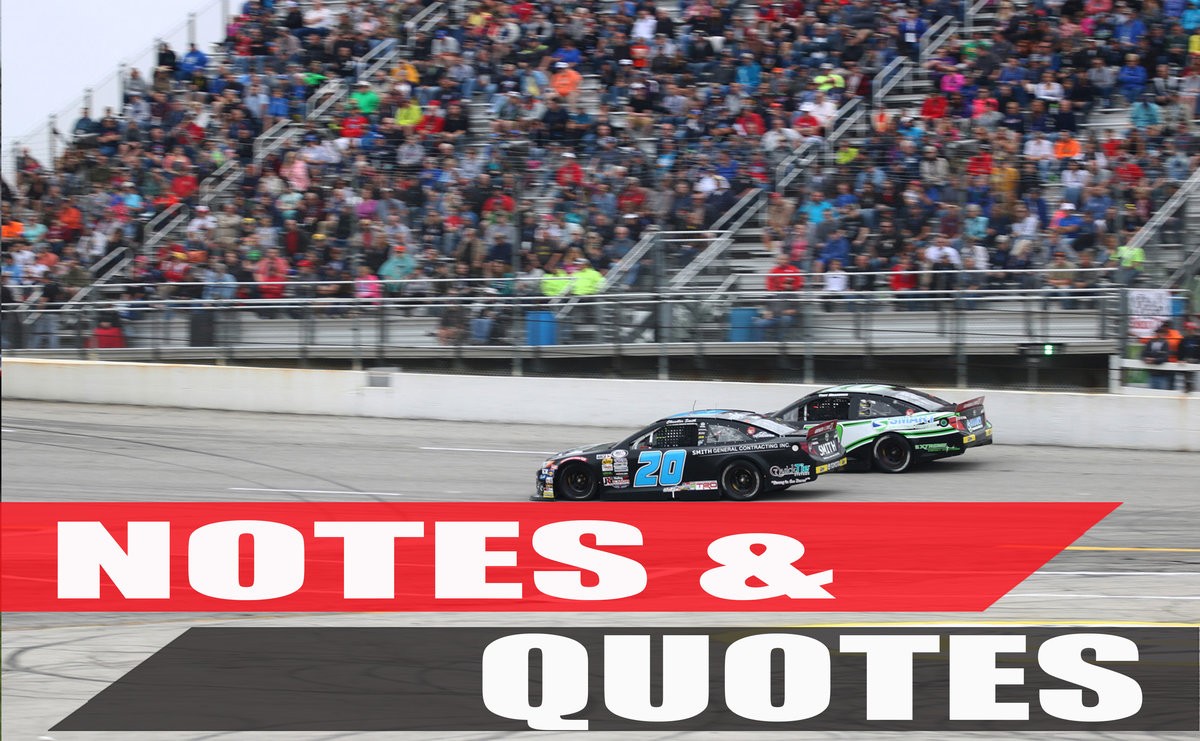 TOLEDO, Ohio (May 21, 2018) -- Despite the damp and dreary weather over the weekend at Toledo Speedway, the ARCA Racing Series presented by Menards lit it up with a packed house for the 77th running of the Menards 200 presented by Federated Car Care at the national tour's hometown short track. 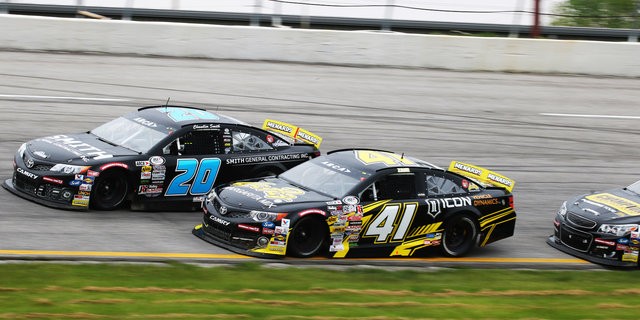 The 200-lap race, live on MAVTV, came down to another dynamic duel between MDM Motorsports and Venturini Motorsports. When the misty dust settled, both organizations came away with bragging rights.

For MDM, it was an inside battle between teammates that kept race fans on the edge over the final 50 laps -- the advantage going to Zane Smith, who earned his third win of the season after five races. Smith's teammate Chase Purdy followed with a career-best second-place finish.

Venturini made history after 15-year-old Chandler Smith won the General Tire Pole, becoming the first driver in ARCA history to earn poles in their first three starts. Smith dominated early-on, leading 97 laps before a sway bar issue caused his car to fade in the later going. Smith still came out with a career-best fourth-place finish. After five races, Venturini Motorsports is five for five in the General Tire Pole column: Natalie Decker at Daytona, Chandler Smith at Nashville, Salem and Toledo, and Michael Self at Talladega.

New championship leader to Charlotte
Zane Smith also claimed the points lead for the first time this season following his win at Toledo. He also got an assist from his teammate and former points leader Sheldon Creed, who fell out 30 laps shy of the finish with overheating issues. Smith will be going for three straight ARCA wins at Charlotte. 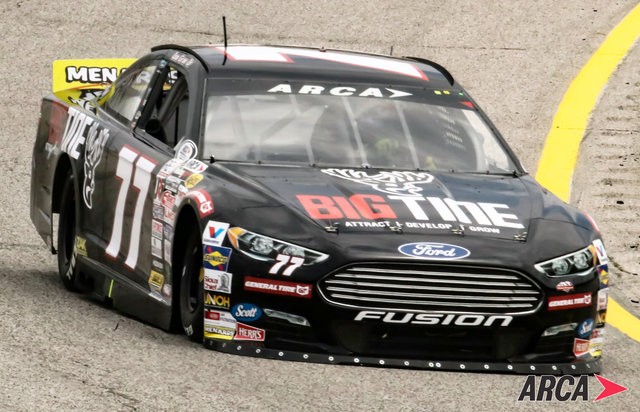 On the heels of a second-place photo finish at Talladega, Joe Graf, Jr. nailed down another podium run with a solid third-place showing at Toledo, the last car on the lead lap. Graf credited his spotter and team for the success of the Chad Bryant Racing 77 car Sunday.

“Brian Crammer, my spotter, did a good job all day,” said Graf. “We missed a few wrecks and that put us in a great position to have a strong finish. During cautions, Mike Bliss, my driving coach would give me advice on where I could improve my performance and it really helped me.

"My car wasn’t as good on short runs. In the long runs the guys in front of me would drop off a little but my Big Tine Ford kept hauling. I was hoping for one more yellow, so I could battle for the win. It's still a fantastic day. Chad Bryant and Paul Andrews gave me a great race car. This gives me a lot of confidence for Charlotte on Thursday. Over the last two months we have put together a great group of people who are helping me in all aspects of my career. We keep getting stronger as a team.”

Career-best for Moffitt at Toledo
Thad Moffitt walked away with a career-best finish at Toledo, coming home 10th in the CGS Imaging Ford. Moffitt, the grandson of "The King" Richard Petty, also rebounded from a couple on-track incidents in time for his first top-10 run. 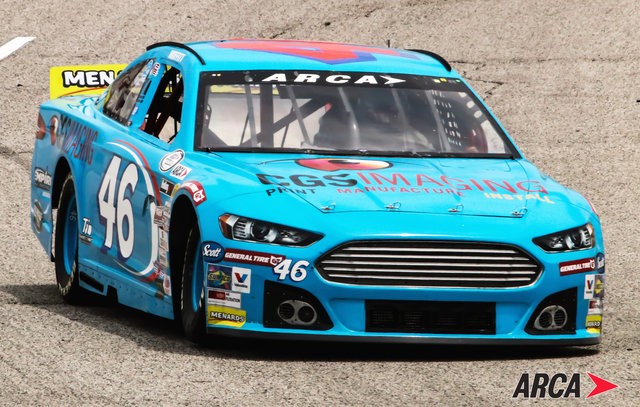 "I hate that we spun and lost a few laps, but everyone was having issues," said Moffitt. "I think it helped us. We were able to just race our own race and things came back to us."

"I'm 17, so I can't run every track. But, we can run Pocono and that's going to be our first start on a big track. Toledo really gives us a lot of confidence as we prepare for my Pocono debut."

Moffitt, the 2016 Southeast Limited Late Model champion, is the son of Brian and Rebecca Petty-Moffitt. He started racing a go-kart and a quarter midget before moving to Limited Late Models and Late Models prior to moving into the ARCA ranks. A high school student, Moffitt grew up going to the track with his grandfather Richard Petty and also watching his uncle, Kyle Petty, race. 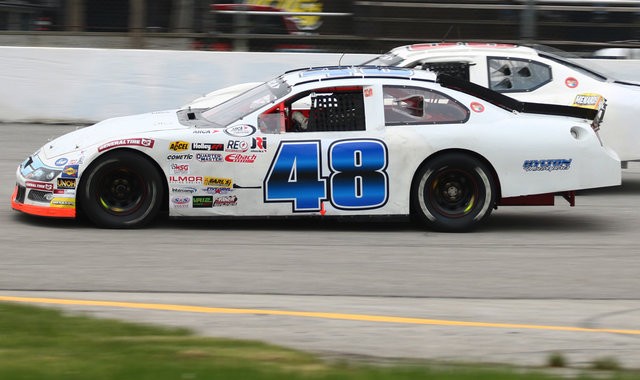 It was the first race for Smith in the 48 car without his longtime car owner James Hylton at the helm. Hylton, and his son James, Jr., lost their lives in a highway accident coming home from Talladega in late April. Each car in Sunday's Menards 200 carried a memorial sticker of James and James, Jr. on the C-panels of their cars.

ARCA champ Enfinger struggles with steering issue
2015 ARCA Racing Series national champion Grant Enfinger, racing for 2014 national champion Mason Mitchell, drove his way up to third from the 12th position before falling back with steering issues. Enfinger held on as long as he could before coming to pit road with four laps remaining. He was officially scored in the 12th finishing position.

“Overall we had a solid car all weekend,” said Enfinger. “Everyone at MMM brought us a car capable of winning. We slowly worked our way through the field and was sitting in a great spot to compete for the win. Unfortunately, something went wrong in the steering after halfway. I’m not sure exactly what it was but it made it quite difficult to drive. We were lucky to be able to complete as many laps as we did and were able to bring it home in one piece for these guys for them to take to the next race.”

Another rough day for Dean
Gus Dean's day ended against the backstretch wall after scrambling to avoid another incident just ahead. Dean’s No. 32 GREE Cooling Products-Baker Distributing Chevrolet suffered the worst damage, sending his 32 car to the garage for the remainder of the race. The team was credited with a 20th-place finish in his third start at Toledo. Before the accident, Dean was recording laps times as fast as the leaders.

“Just can’t shake this bad luck," said Dean. "I’m like heartbroken again. Our No. 32 GREE Cooling Products-Baker Distributing Chevrolet really came to life the longer we ran. The car would really do anything I wanted to do and that was encouraging.

“Honestly, I was just riding and just minding my manners when Harrison (Burton) and Sheldon (Creed) got together, and I tried to avoid them and just became a victim of circumstances.

“It’s frustrating because Jamie (Jones, crew chief), Kevin (Cywinski, co-owner) and all the guys are giving me the tools I need to contend for wins…we just can’t shake this bad luck. We’re fighters though. We’re not going to give up, ever.

“I believe in this team and what we’ve built and the support from GREE, Tradewinds Climate Systems and Baker Distributing is enough to put this race behind us and focus ahead next week on Charlotte.

“When our luck turns, we’re going to be winning races this season. I promise you that.”