Schrader busy in the 2-seater all day at Toledo; Menards 200 next 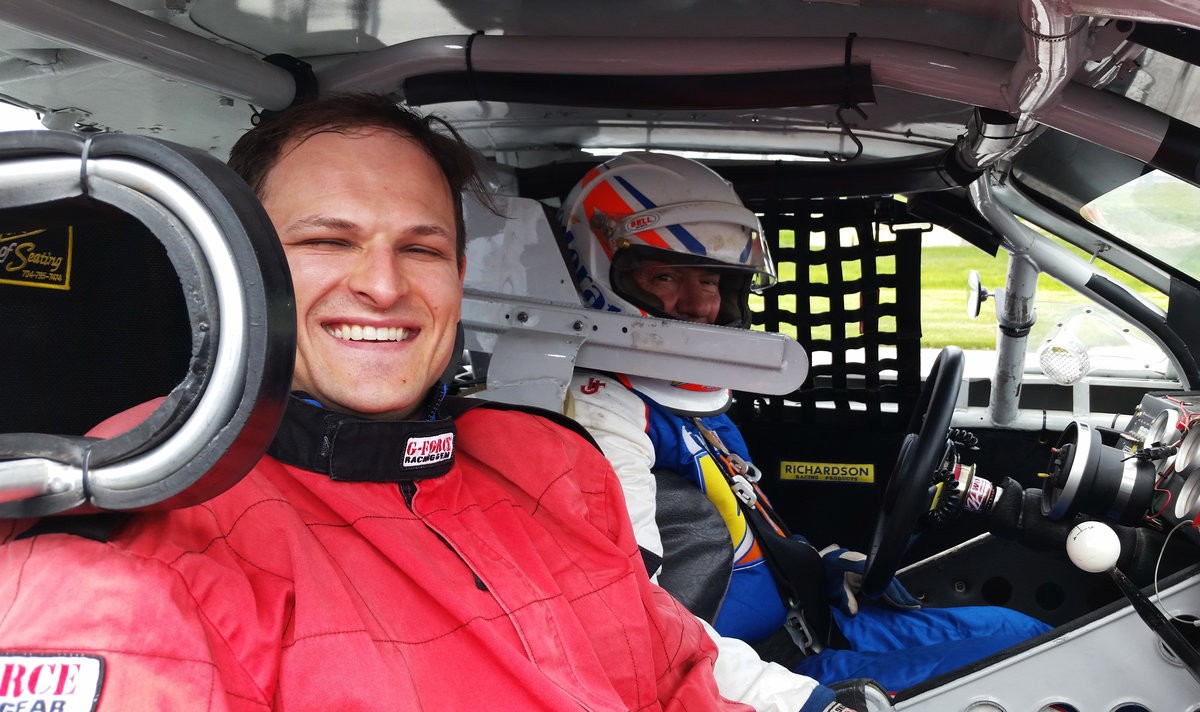 TOLEDO, Ohio (May 18, 2018) -- Local TV sportscaster Justin Feldkamp was all smiles after his "ride-along" with Ken Schrader at Toledo Speedway, but his eyes were still closed after the car had come to a complete stop. Feldkamp was one of several members of the media who came out Friday for the chance to ride with a racing legend.

"That was good…really good," said Feldkamp, a sports reporter for WTVG 13 ABC in Toledo.

"You really feel those forces there on your body when you're racing around those turns. I can't imagine doing it with 25 other cars out there…bumping. You're constantly on the gas, on the brake, back to the gas…it's pretty crazy."

Schrader, in his own Federated Auto Parts two-seater, spent the better part of four hours taking media and sponsors for quick four-lap runs around the fast Toledo half-mile. It was all part of the fun that leads into the big race weekend ahead -- the 77th annual Menards 200 presented by Federated Car Care Saturday and Sunday.

Schrader, a five-time Menards 200 winner at Toledo, has entered a car for the race with rookie Brandon Grosso in the driver's seat. Grosso is a high school senior out of Belle Mead, N.J. Schrader will be here all weekend to keep up with his ARCA race team. Schrader was actually headed to Limaland Motorsports Park for a dirt modified race Friday tonight, but the action was called off for weather. Weather reports for Sunday's Menards 200 are much improved.

"Toledo's a great little track," said Schrader. "We've always had a car in it whether I'm driving it or someone else. Always look forward to coming to Toledo…it's ARCA's hometown track. Lotta history here…just honored to be a small part of it."

Schrader has been more than "a small part of it." The Fenton, Mo. racer has won five ARCA races at Toledo going back to his first victory here in 1997 in a Roulo Brothers car. It was Schrader's first ever Toledo appearance. Schrader, fielding his own Ken Schrader Racing entries, has returned to Toledo regularly over the years, winning again in 2004, 2005 and 2006. His last win at Toledo came in 2013 at age 58.