Allen, one of only a handful of weekly racers that has collected over 100 feature wins in his career at the 2 tracks, was with the 2020 class of inductees.  The pandemic cancelled last year’s banquet, and all 2020 honorees were part of the 2021 ceremonies this past weekend.  Ron just notched his 10th ARCA Late Model Sportsman crown this year and is the all-time win leader in this division.  Allen also has wins in both ARCA Late Model and Street Stock competition during his career.

Billy Simmons is the son of legendary Figure 8 driver Dick “Little Richard” Simmons, who dominated the Figure 8 racing in the early 1960’s and 1970’s at Flat Rock.  Billy followed in his father’s footsteps and not only competed in his home state of Michigan but ventured to other venues that hosted Figure 8 racing and was victorious.  The younger Simmons also competed in the former Super 6 class and Late Models during his career. 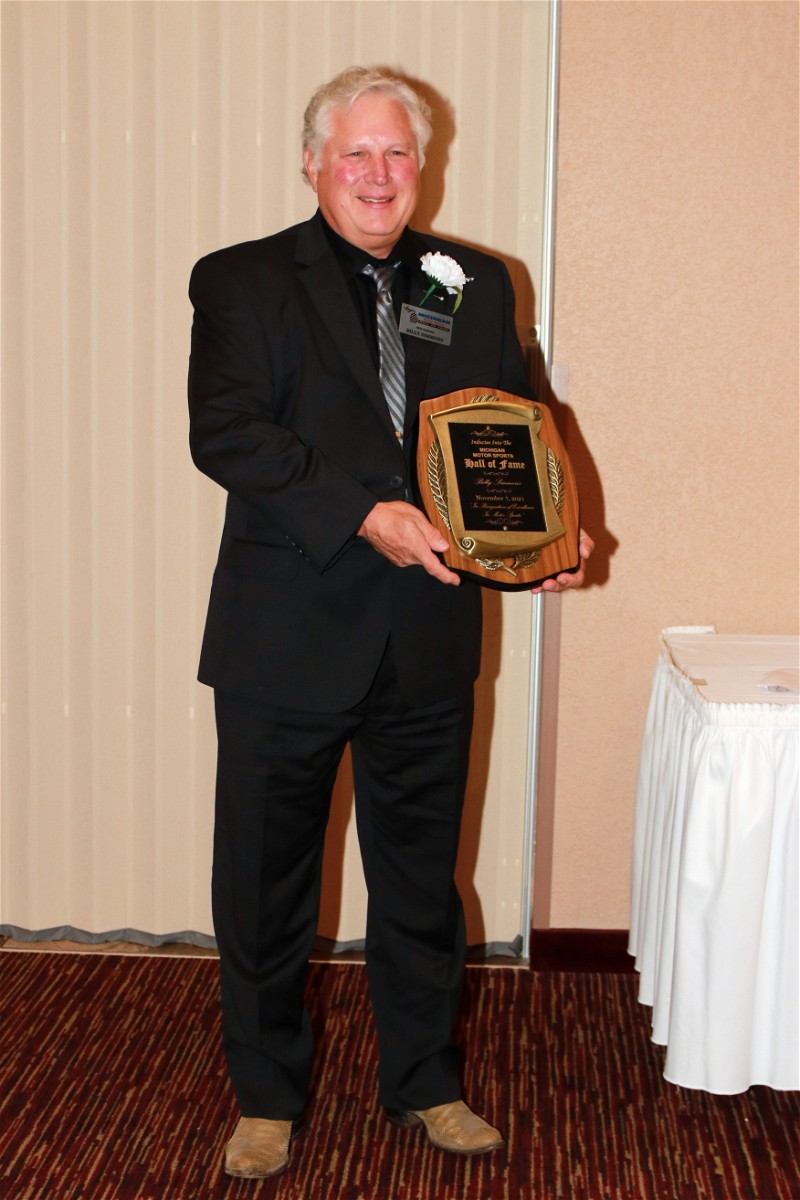 Congratulations to both men on this accomplishment!