Friday, August 13, 2021:  The R & M Recycling School Bus Figure 8 race highlighted the Friday night action and entertainment at Toledo Speedway.  Despite a flooding downpour at 5 p.m., the rain stopped after about 30 minutes, the sun peaked out and the track drying process began.  4-time NASCAR Cup Series winner and Toledo fan favorite Ken Schrader took part in the bus wars, with the win going to Dennis Whisman Jr.  Ron Allen, Craig Osenbaugh and Whisman Jr. took the stock car main events.  A good crowd turned out despite the weather issues, which pushed the start time back 30 minutes.

It was last man standing in the School Bus Figure 8 contest.  Plenty of fender crunches from hits all around the track whittled the field down, with Whisman Jr. chasing Eugene Worden for the win.  With 2 laps to go, Worden slammed into Whisman while leading, breaking the steering on his bus.  Whisman Jr. motored on to take the win over Worden, Schrader, Jack Franzil, Dave Lambert, Sam Mills and Stephanie Bradley.

A great 4 car battle ensued up front in the 25 lap ARCA R & M Recycling Late Model Sportsman feature.  Howard Kelley Jr. took the lead at the green, and had company from Ron Allen, Greg Stilwell and Mike Young, Grant Hedges and Kenny Sharp following in tight formation.  Allen looked high, looked low and got to Kelley’s door going down the back chute at lap 12.  Howard shut the door and Allen tucked in on the leader’s bumper.  With 2 to go, Allen snuck low on Kelley in the same spot on the track and took the point.  Kelley and Stilwell tangled at the finish line on that lap, sending the #11 of Kelley spinning down the front straight and bringing out the yellow.  Neither driver could agree on the call, sending both cars to the tail.  Allen took off on the restart and zipped to the win over Young, Sharp, Hedges, Stilwell, Dan Grigsby, Andy Harding, Todd Perkins, Kelley Jr., Jim Brazeau, Todd Burtscher, Robert Meiring and Dillon Zalenski.  Young set fast time at 17:187.  Heat race winners were Allen and Perkins. 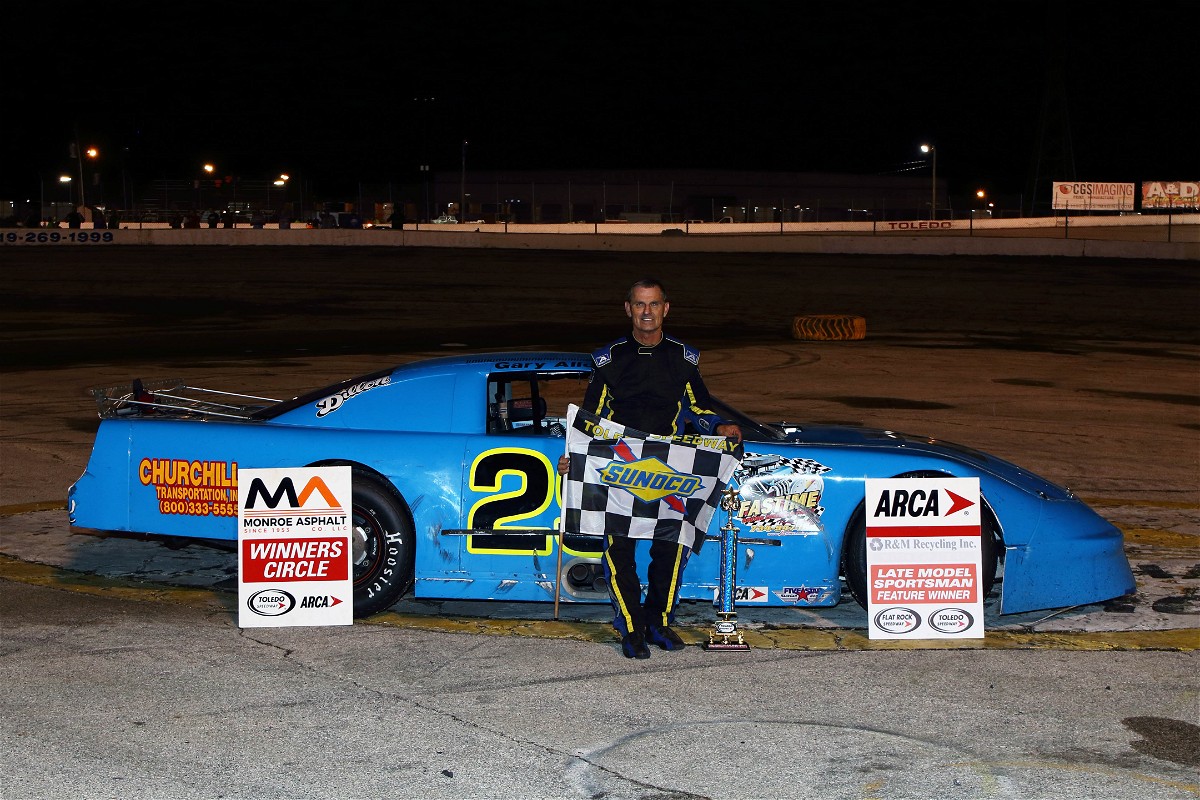 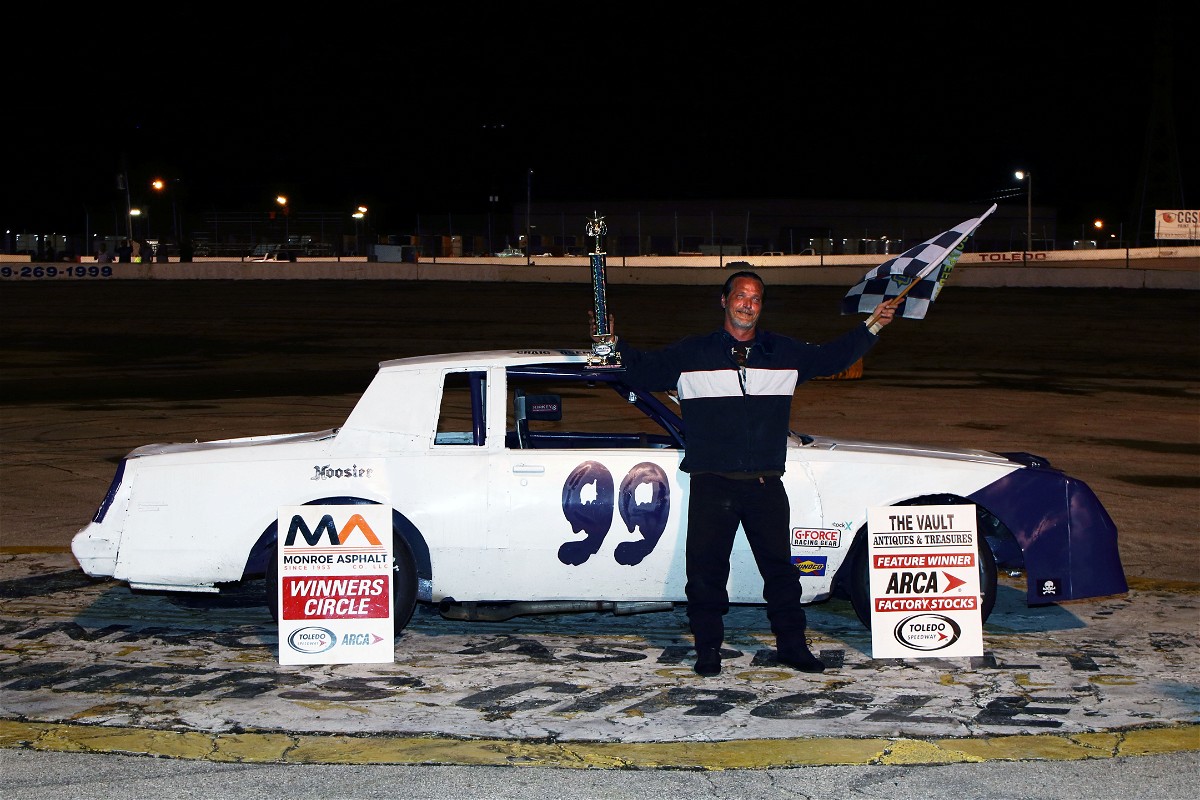 Third-generation driver Jakob Lee was heading in the right direction for a win, but his engine sputtered just past the halfway mark, giving the lead to Dennis Whisman Jr. as he sailed on to the checkered flag in the 25 lap ARCA Figure 8 feature.  Dave Lambert, Ethen Lambert, Brice Thomsen, Worden, Bradley, Lee and John Lambert were next in line at the finish. 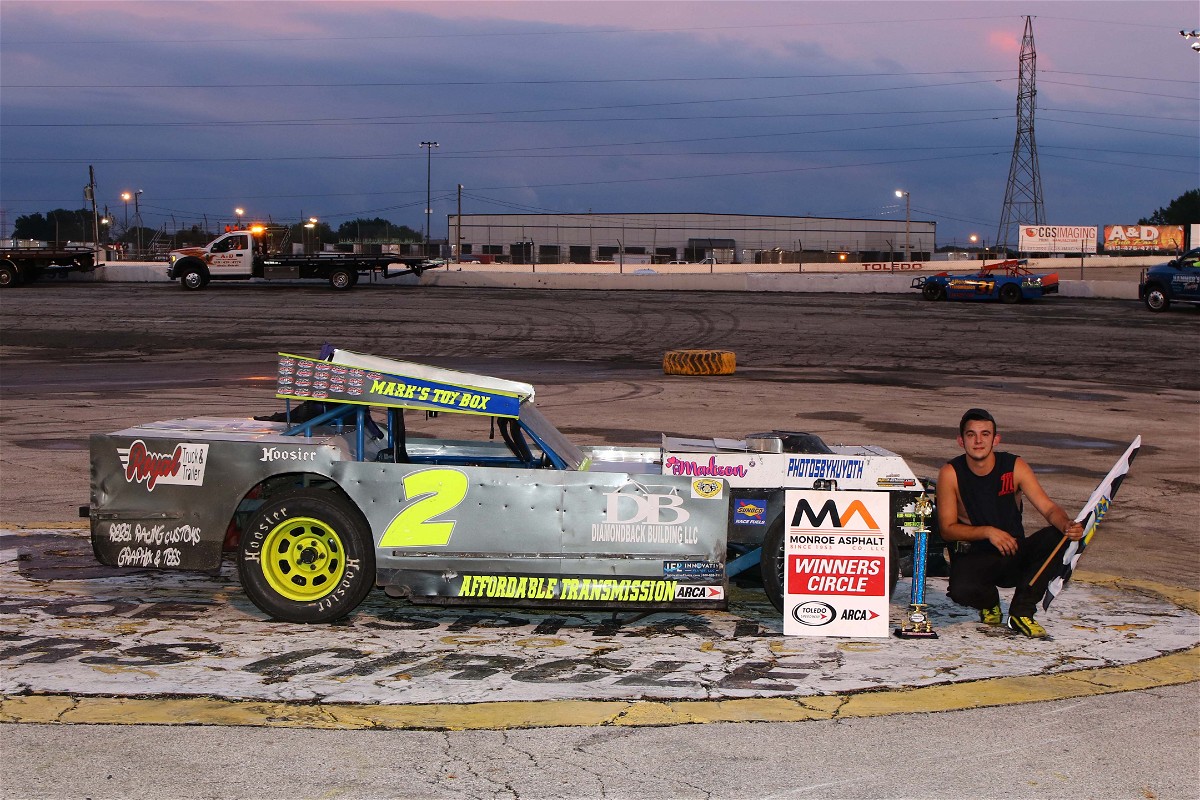 Dave Lambert grabbed the win in the Boat Figure 8 race over Kevin Stepinski, Carrillo, Ryan Mallory, Hunter Padgett and Thomsen.  Carrillo put his car over on his roof and lost his boat and trailer when he tagged one of the tires that mark the corner of the Figure 8 track.  Jesse was ok as the crowd cheered when he exited his car. 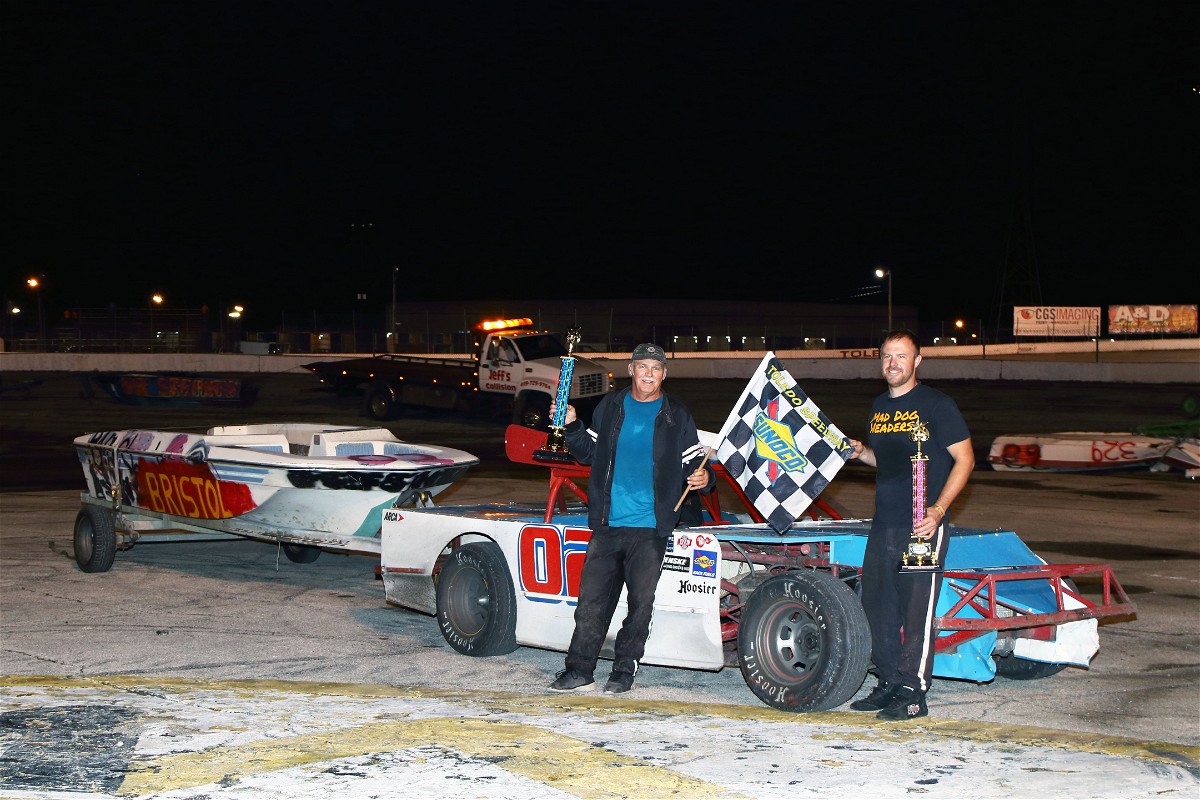 Whisman Jr. was on the way to a win in the Flag Pole race, but missed going around the tire in the back straight, paving the way for Dave Lambert’s win, his second of the night.  Thomsen, Stepinski, Ethen Lambert, Worden and Whisman Jr. trailed the winner. 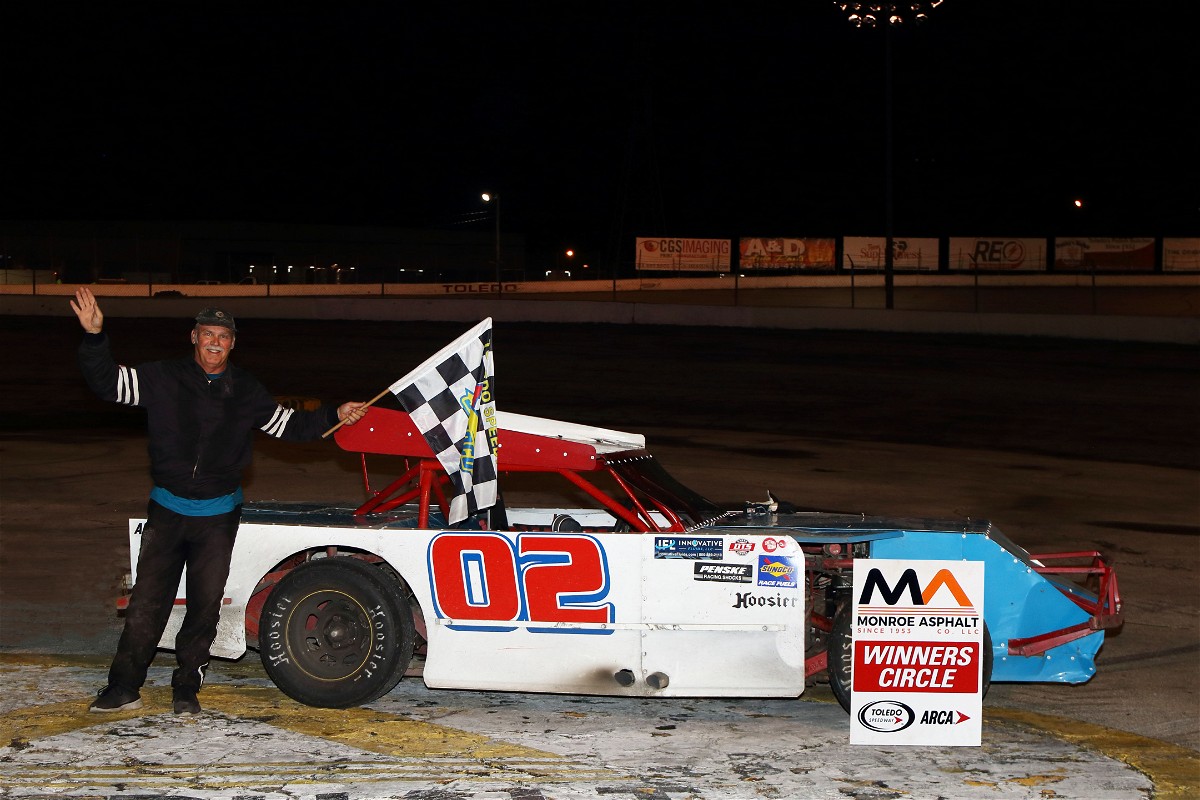 Toledo’s next race is Saturday, September 18, with the 33rd running of the Central Transport Glass City 200 presented by Hampton Inn, Courtyard by Marriott and DTS Drive Train Specialists.  A pair of 100 lap features will make up the program for the 200, featuring the Outlaw Super Late Models and the stock-bodied ARCA/CRA Super Series powered by Jeg’s Late Models.  The CRA Jr. Late Models will also be in competition.  More details on the event will be released soon, including ticket information.

What is the start time for the October 10 event?