Gibbs took off from his pole starting spot (15:979 qualifying lap) and sailed out front as main challenger Corey Heim gave chase.  Gibbs took the yellow at lap 76 for the first competition 5 minute break.  On the restart, Ty again took off as Heim stayed within striking distance on the way to the final competition break at lap 125.  The final 75 lap segment was what the fans came to see.  Heim applied the pressure on the green, shadowed Gibbs for several laps and nudged his challenger up a lane, allowing Heim to zip by.  Jesse Love also got by the #18 of Gibbs to take second spot, with Ty dropping to third.  The grandson of Joe Gibbs showed his prowess as he gradually got back to second and chased down Heim with 25 to go.  On lap 179, Gibbs nosed under Corey out of turn 2, stayed door to door down the back chute and then took the lead coming out of turn 4 on to the win.  Heim was second, Love third, Nick Sanchez fourth and Thad Moffitt fifth.  Gracie Trotter, Cole Williams, Brad Smith, Dick Doheny and Tony Cosentino completed the top 10.

Earlier in the afternoon, The Vault ARCA Factory Stocks ran a 20 lap feature on the short track.  A great battle up front for the lead between Steven Smith and Craig Osenbaugh developed in the closing stages.  Smith, on the high side, and Craig on the inside, traded paint and metal back and forth in the contest, with Smith charging to the win as Osenbaugh spun at the stripe in his final bid for the win.

The victory was Steven’s first-career feature win, and the crowd showed its appreciation with a loud round of applause.  Second was Jeff Metdepenningen, Jimmy Rae was third and Osenbaugh slipped back to fourth spot, with Randy Padgett Jr. fifth.  Brian Ringger, Gabrielle Grigsby, Mike Miller and Ryan Mallory were next in line at the finish.  The fast time was set by Ringger with a lap of 11:936. 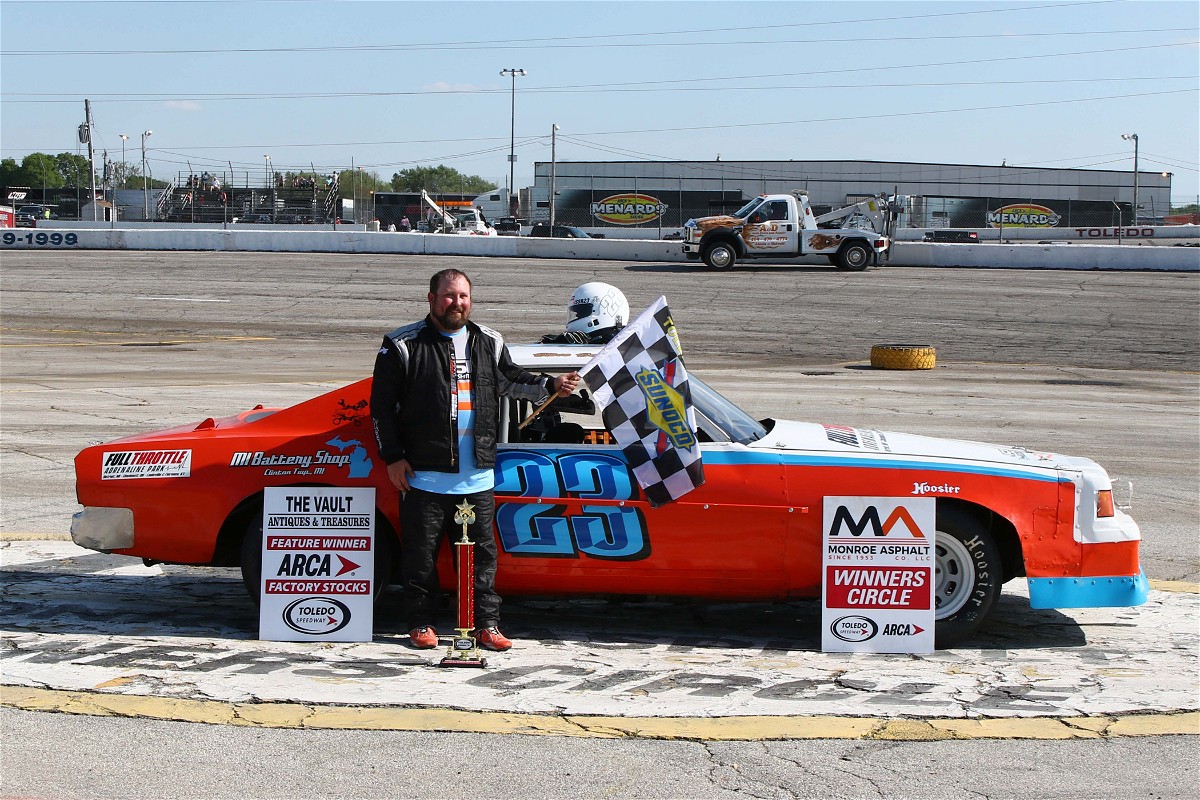 Toledo’s ARCA R & M Recycling Late Model Sportsman were also on Saturday’s race card.  Greg Stilwell made it 2 for 2 on the season, topping Mike Young by 4 car lengths for the win in the 25 lap feature on the ½ mile paved oval.  Cody Hall took the lead at the green, giving way to Grant Hedges and then Ron Allen several laps into the race.  A yellow flag bunched the field at lap 13, and on the ensuing re-start, Allen had trouble getting up to speed, allowing Stilwell to motor by and take the point.  Young followed in his tracks but Stilwell pulled slightly away from Mike as he took the checkered flag.  Young held second, Hedges third, Allen fourth and Howard Kelley Jr. fifth.  Kent McCloskey, Andy Harding, Todd Perkins, Jim Brazeau, Hall, Dan Grigsby and David Frantz completed the running order.  Stilwell set quick time at 17.073. 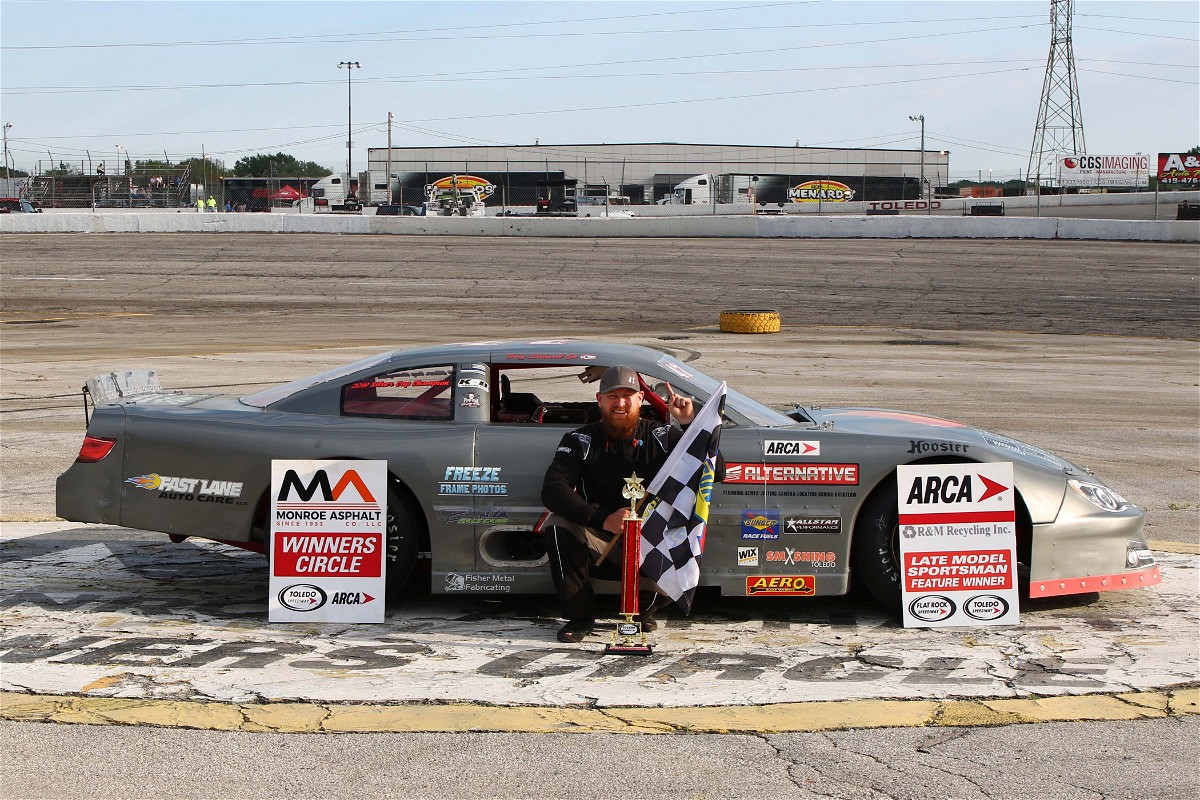 The track’s next event is set for Friday night, June 18.  The Monroe Superstore School Bus Figure 8 race presented by All American Coach will be filled with action, family fun and excitement!  In addition to the popular School Bus Figure 8 race, a Boat Figure 8 race, Flag Pole Race and stock car racing with the ARCA Figure 8’s, R & M Late Model Sportsman and The Vault Factory Stocks will entertain race fans of all ages!

Tickets are now on sale online at www.toledospeedway.com.  Go to the track’s home page, go to the right margin and click on the Buy Tickets Now button.  Tickets may also be obtained by calling the track at 419-727-1100.