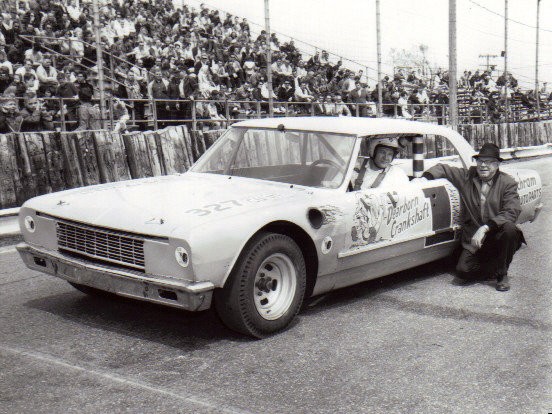 Saturday night, August 10, Toledo Speedway will host the track’s 60th Anniversary Celebration presented by Miller Lite and NWO Beverage. 5 divisions of race cars will be in action, a Racer’s Reunion will take place and the concession stands will feature $1 hot dogs, pop and popcorn all night long. The first 300 adults through the front gate will receive a Miller Lite hat, and the Pepsi Summer Giveaway promotion will also be a part of the many festivities surrounding this Saturday night special event.

The ARCA Late Model Gold Cup Series/Main Event Series will battle in a 60 lap race on the fast ½ mile paved oval. The ARCA Late Model Sportsman will also be in action on the ½ mile, while the ARCA Victory Lane Quick Oil Change Figure 8’s, The Vault Antiques and Treasures ARCA Factory Stocks and the ARCA DTS Drive Train Specialists Street Stocks will all compete on the short track Saturday, August 10. A feature race-only format will be used for this event.

Every track champion has been invited back for this historic event. The Racer’s Reunion will also be held August 10, with photo and memorabilia displays located in the Bar and Grille Banquet hall from 2 p.m. to 4 p.m. Admission to the reunion at the Bar/Grille is free and everyone is welcome!

The Glass City oval is filled with tradition for both open-wheel and stock cars. Built by Herb Koester in 1960, the speedway started out as a dirt track and was paved the following season. Hundreds upon hundreds of drivers have competed at Toledo during its 60 year history.

The pit gates will open at 1:30 p.m. Practice begins at 4, time trials will follow and the show begins at 7 p.m.

There is no advance ticket sale or phone orders for this event. All tickets will go on sale at 4 p.m. when the front gates and ticket office open on race day.