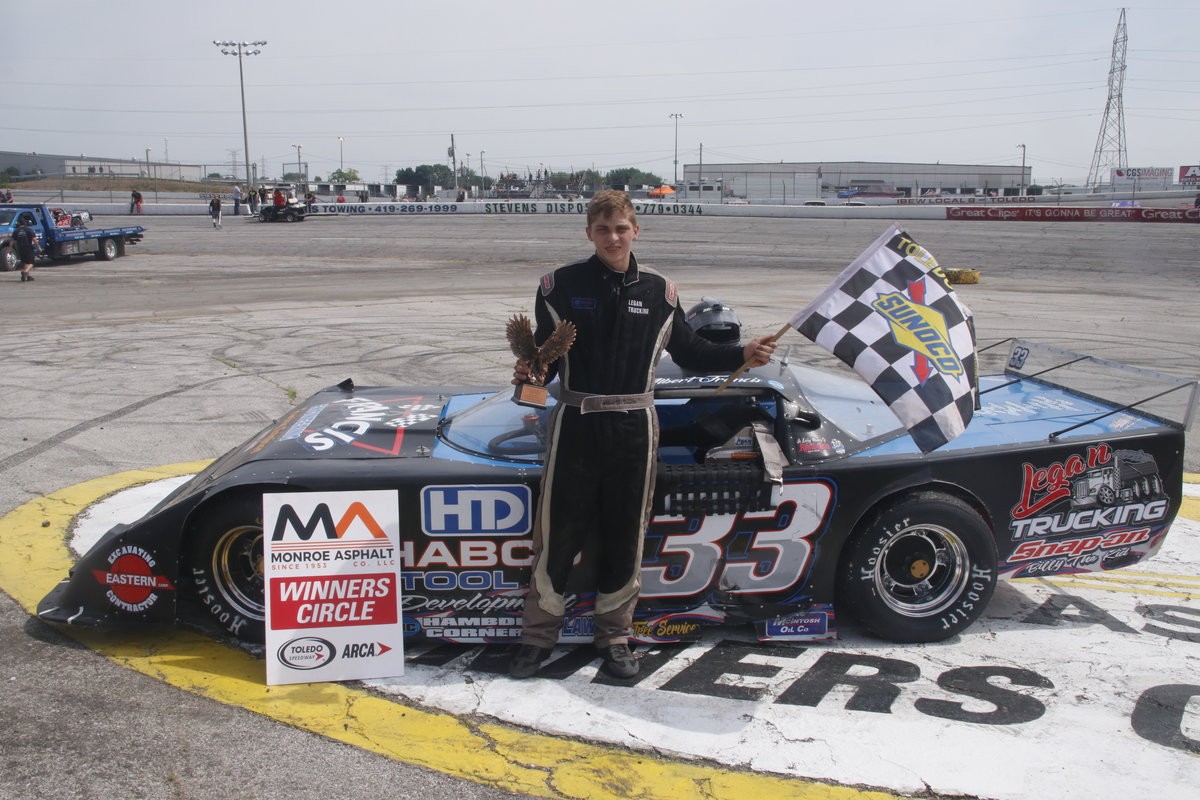 Toledo, OH—June 30, 2019: Brian Campbell and Albert Francis captured wins in the Ross Mortgage 150 presented by PNC Bank Sunday afternoon special at Toledo Speedway. The original show was to run April 20, but was washed out. Tim Pascorella and Theresa Sprague of Ross Mortgage presented the trophies to the winners in the Monroe Asphalt Winner’s Circle.

Campbell continued his dominating runs at the Glass City oval, taking the lead after race leader Harold Fair Jr. was collected in a turn 4 incident early on. Brian grabbed the win in the ARCA/CRA Super Series presented by Jeg’s 100 lap event after a mid-race battle with Johnny VanDoorn and Kyle Crump. That trio diced back and forth, with each of the 3 drivers leading at some point. Campbell broke loose and on he sailed to the win over fast qualifier Travis Braden (15:339), VanDoorn, Cody Coughlin, Crump, Hunter Jack, Josh Brock, Brandon Watson, Jack Dossey III and Hayden Sprague. 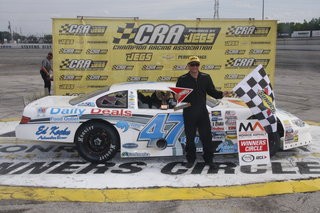 16 year old Albert Francis snared the lead on a lap 48 restart, nosing out a great bid by Brian Bergakker to win the 50 lap ARCA Late Model Gold Cup Series race. Canadian Cayden Lapcevich totally dominated the event, zipping out to nearly a ¾ length lap lead, only to have his car quit with 2 laps to go. Cayden coasted to the infield and the battle up front between Mike Mazzagatti and Bergakker waged, only to have Mike spin on the front straight, bringing out the yellow and setting up the 2 lap sprint to the checkered flag. Trailing Francis and Bergakker were Mike Root in third, Mazzagatti wound up fourth and Joe Hawes was fifth, followed by Chris Benson, Lapcevich, Tyler MacKenzie, Tom O’Leary IV, Dennis Strickland and Frank Jiovani. A lap 10 incident saw fast qualifier Jiovani (15:179) in an incident with Francis, ending with Frank into the turn 3 foam blocks and ending his day.

Bigfoot will be making an appearance at PlayZone Toledo on Alexis Road Wednesday, July 3 from 3 p.m. to 7 p.m.