Toledo, Ohio-May 31, 2019: A large and enthusiastic crowd filed into Toledo Speedway Friday night for the Night of Destruction and a bit of Stock Car Racing. MEGASAURUS paid a visit to the track, as the fire-breathing, car-crushing Dinosaur thrilled the fans, while the School Bus Figure 8 race provided its usual entertaining event. Mike Young won the ARCA Late Model Sportsman feature, while Matt Ringger captured the ARCA Factory Stock main event. The night was sponsored by the Monroe Superstore, Great Clips and Marco’s Pizza. Jeremy Jennings of the Monroe Superstore presented the trophies in the Monroe Asphalt Winner’s Circle.

Young’s win in the 25 lap ARCA Late Model Sportsman contest came after some major damage from a heat race incident, which also collected Tommy O’Leary IV and Grant Hedges. O’Leary was transported to a local hospital for further observation. Young’s crew made just enough repairs to get Mike back on the track. Kent McCloskey took the lead at the green, but Young steamed by on lap 2 on his way to the win. Kent’s great night gave him a second place finish, with Hedges, Howard Kelley Jr., Greg Stilwell, Robert Meiring, Andy Harding, Adam Plonski and Brian Moore next in the finishing order. Jimmy Wahl, Ron Allen and O’Leary were non-starters in the feature. Young set quick time at 17:053, with heat wins to McCloskey and Kelley Jr. 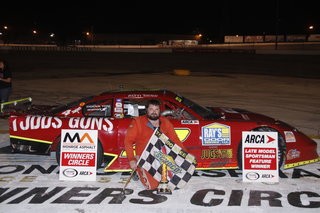 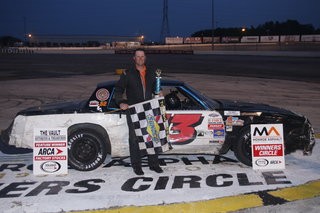 The School Bus Figure 8 race was wild, with hard hits and a pair of rollovers, much to the delight of the crowd. Through it all A.J. Padgett survived a roll, righted his bus, started it up and continued on to claim the win. Sam Mills also went over on his side as the crowd roared its approval. Jack Franzil, Joe Koester, Terry Smith, Dennis Whisman and Dennis Whisman Jr. also were in the field. Whisman Jr., in his first bus race, tagged Mills to lop Sam over, while Franzil got the assist to roll Padgett. 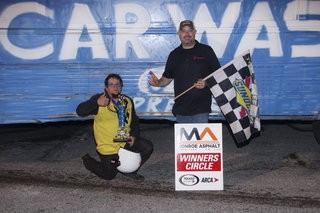 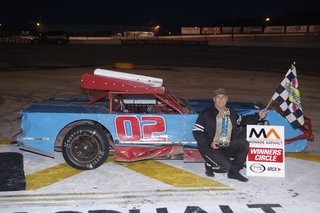 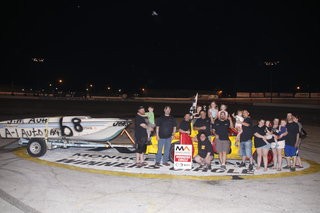 The next event on Toledo’s schedule is Friday night, June 14. It’s All American Coach Kids Night. ALL kids to age 12 will be admitted FREE and receive a FREE hot dog, only at Toledo Speedway! The Vore’s Compact Touring Series will make their first-ever visit to Toledo and will be joined the ARCA Late Model Sportsman cars in an R & M Recycling Silver Cup Series race, and the ARCA Factory Stocks will also be in action. The Street Drags first event of 2019 will also be a part of the June 14 show.

That really looks thrilling and fun seeing the dinosaur doing some destruction!