Toledo, Ohio—August 10, 2018:   Howard Kelley Jr., Jeremy Vanderhoof and Ethan Stadniczuk were feature winners at Toledo Speedway’s Friday night “Everyone’s a Kid Night” and Autograph Night event, sponsored by R & M Recycling and Glass Bowl Lanes. The $3 admission for all and the Autograph Night crowd also saw the Kids Power Wheels Derby for ages 3-10 prior to the start of the race card. 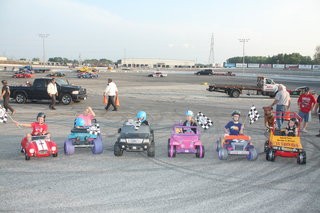 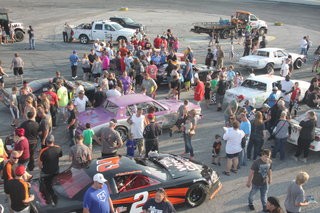 Kelley Jr. was the first winner of the night to visit the Monroe Asphalt Winner’s Circle at the Glass City oval Friday. Howard led all 35 laps in the thrilling ARCA Aramark Late Model Sportsman feature event. Early challengers Mike Young and Jim Froling applied the pressure on the leader in the early going, swapping second and third behind the leader while staying within a car length of Kelley. On lap 28, Kent McCormick tangled with Froling, sending both drivers to the tail. Howard took off on the restart as Young went high and dipped low looking for the number 1 spot. On the final corner, Young darted to the bottom and came up just short as Kelley held on for the win. Young’s great run earned him second spot, Tom O’Leary IV was third, McCloskey was fourth and Greg Stilwell fifth, followed by Dan Grigsby, Landon Schuster, Froling, Craig Osenbaugh, Andy Harding, Robert Meiring and Adam Plonski. Froling set quick time at 17:251, while Schuster and Kelley Jr. won the heats.

The 20 lap ARCA Victory Lane Quick Oil Change Figure 8 feature saw Jeremy Vanderhoof zip to the victory. Despite a short field, intersection traffic was exciting throughout the distance. Dennis Whisman, Dennis Whisman Jr., Dave Lambert, David Katafiaz and Scott Apperson completed the finishing order. Apperson spun early and then became the show as he took shot after shot at the intersection. Vanderhoof gave his trophy to a young fan in the stands, who was making his first visit to Toledo. Dennis Whisman won the heat race. 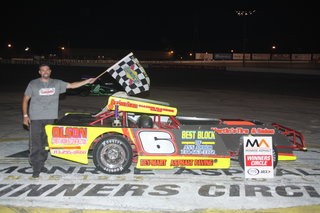 Youngster Ethan Stadniczuk withstood a furious charge from Craig Osenbaugh and Jacob Thomas to win his 2nd ARCA Factory Stock feature race of the season. Ethan led each circuit and made a great move in traffic as he went to the high groove, Osenbaugh and a lapped car in between on lap 10. Ethan held on and sped to the win over Osenbaugh, Thomas, Matt Ringger, Adrian Sharp and Mike Miller. Osenbaugh took the heat win. 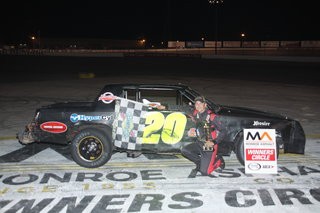 Friday, August 17 is the date for the Play Zone of Toledo/Lakeshore Utility Trailer Sales “Night of Destruction”, featuring the School Bus Figure 8 race! A Figure 8 Train race, Boat Figure 8 race and a Flag Pole race are also included. Stock Car racing will also be a part of the August 17 show, as the ARCA Aramark Late Model Sportsman and the ARCA Factory Stocks compete in their Season Championship events.

Tickets will go on back on sale Friday, race day at 5 p.m.at the track ticket office.

A rain date of Friday, August 24 has been set if needed.