Toledo, Ohio-July 6, 2018: Perfect weather after a week-long heat wave brought a huge crowd to Toledo Speedway Friday night for the Monroe Superstore/Great Clips Night of Destruction. The event, which was rained out twice, entertained the fans as Billy Earley steered his way to victory in the School Bus race. Mike Young blazed his way to the win in the ARCA Aramark Late Model Sportsman race and clinched the R & M Recycling Silver Cup title in the process. Jeremy Jennings of the Monroe Superstore presented the trophies to the winners in the Monroe Asphalt Winner’s Circle.

Mike Young grabbed the lead from Howard Kelley Jr. on lap 19 to grab his win in the 35 lap event for the Aramark Late Model Sportsman, his second in a row. His win gave him a 5-point edge on Jim Froling, who dropped out early in the feature race, allowing Mike to take the R & M Silver Cup championship, a 3-race series for the class. Kelley Jr. finished second in the main event, Tommy O’Leary IV was third, Greg Stilwell fourth and Kent McCloskey fifth, followed by Dan Grigsby, Craig Osenbaugh, Robert Meiring, Landon Schuster, Andy Harding, Froling and Adam Plonski. Ron Allen was scratched from the event.

It was a first-ever win for youngster Ethan Stadniczuk, as he powered his way to the victory in the 20 lap ARCA Factory Stock feature. Ethan jumped into the lead on the green and steered his way to the win over Jacob Thomas, Matt Ringger, Craig Osenbaugh, Randy Padgett Jr and Kyle Worley. Mike Miller, Jesse Carillo and Adrian Sharp were late scratches for the event. 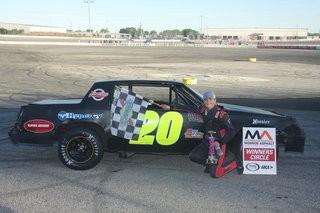 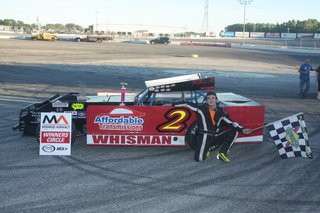 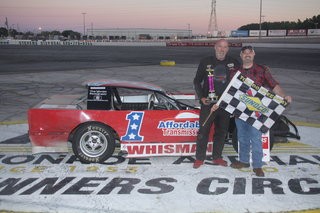 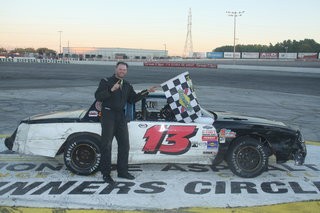 It was survival of the fittest in the School Bus Figure 8 show, with Billy Earley out-lasting Jack Franzil as several crashes stopped several buses, all clumped together in the intersection. The last duo chased each other for several laps, slamming into each other but never getting over. On the last lap, Earley and Franzil pushed each other into the intersection mess, with Earley finally emerging with oil totally covering his windshield. He nursed his bus to the win over Franzil, AJ Padgett Jr. (who got his bus over on its side), Sam Mills, Terry Smith, Joe Koester and Dennis Whisman. 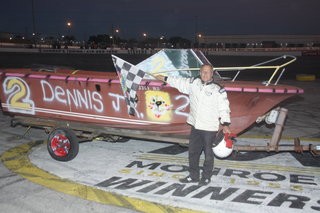 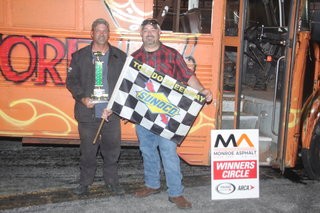 Next Friday, July 13 is Kids Night at Toledo Speedway! All kids to age 12 will be admitted free and receive a free hot dog, courtesy of the track. Victory Lane Quick Oil Change will sponsor the night of family fun! The Monroe News 250 lap Enduro, the ARCA Victory Lane Quick Oil Change Figure 8’s and another Figure 8 Boat Race will take place. The track will also host Racing Fan Club Night.