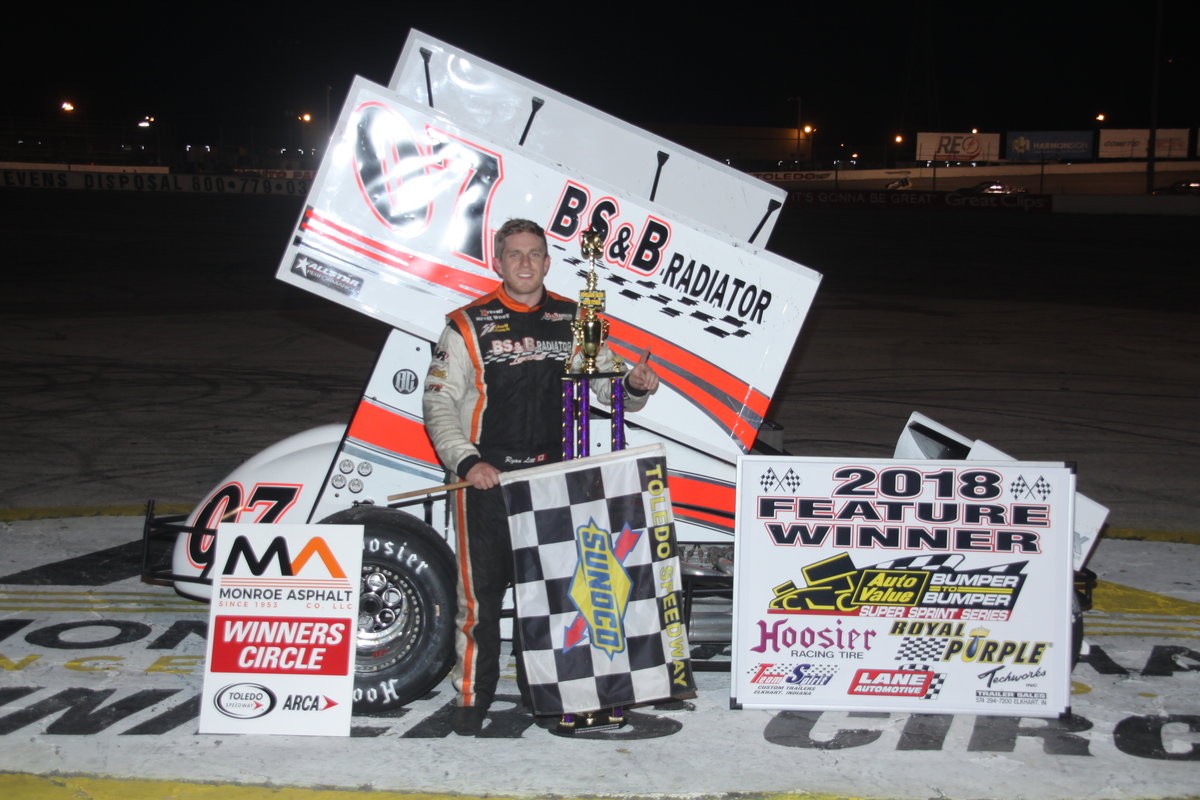 The always-exciting qualifying session for the Auto Value/Bumper to Bumper Winged Sprints saw Brian Gerster fly to a new 1 lap mark with an astounding 12:096. The 30 lap main saw Anthony McCune lead the first 6 laps until his car came to a stop on the front straight. Kevin Feeney inherited the lead and took off on the restart, only to have his engine let go 7 laps later. A fast-closing Ryan Litt now had the top spot and took off on the next restart. Litt was out front by almost a half-lap until Kyle Edwards took a violent hit into the turn 3 foam blocks, bringing out the red flag on lap 26. Edwards emerged from his car, obviously a bit shaken. Litt again zipped away in the final 4 laps to take the win over Ryan Gillenwater, Derek Snyder, Jimmy McCune and Bobby Santos. McCune drove the final laps on a flat left front tire and fell back while running second. Doug Dietsch, Edwards, Feeney, Frank Neill and Gerster rounded out the top ten. Gerster dropped out of the feature on lap 8. Anthony McCune and Gillenwater took the heat wins. 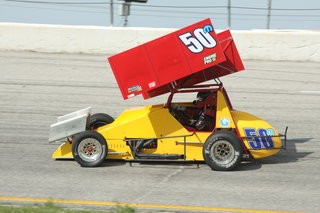 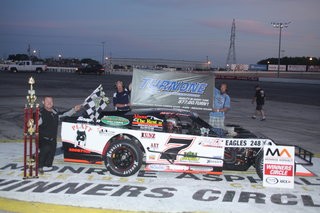 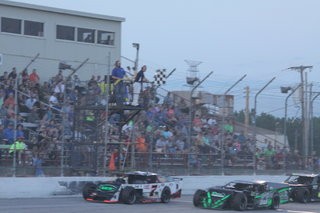 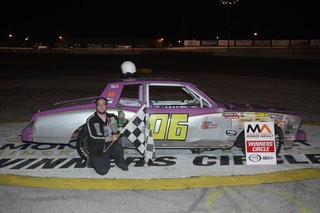 Next Friday, June 22 is the make-up race date for Monroe Superstore/Great Clips Night of Destruction. The race at Toledo is all general admission seating on a first-come, first-serve basis. Tickets can still be purchased in advance by calling the track at 419-727-1100. The advance sale for the June 22 Toledo race ends Thursday, June 21 at 5 p.m. Tickets are not available on-line. Adult tickets are $16, children 6-12 are $3 and under 6 are free.

All tickets purchased for June 1 and those with ticket stubs that were at the track before the postponement will be honored June 22. The souvenir programs and 50/50 tickets sold June 1 will be included in drawings held June 22. Additional programs and tickets will be available that night.

Parking is free on the track grounds. The front gates will open at 5 p.m. when the ticket office opens. Race car practice begins at 6 and the show begins at 7:30 p.m.