TOLEDO, Ohio (May 17, 2018) – Despite the bad luck hampering Gus Dean and the Win-Tron Racing team this season, the Bluffton, S.C. driver is upbeat about returning to Toledo Speedway for this weekend's Menards 200 presented by Federated Car Care.

“I’m looking forward to some short track racing this weekend,” said Dean, who sits eighth in championship standings after four races. “Our No. 32 GREE Cooling Products-Baker Distributing Chevrolet has a lot of speed this year, but we haven’t been able to put an exclamation point on a weekend with a finish we felt like we deserved. Hopefully, Toledo brings that for us.” 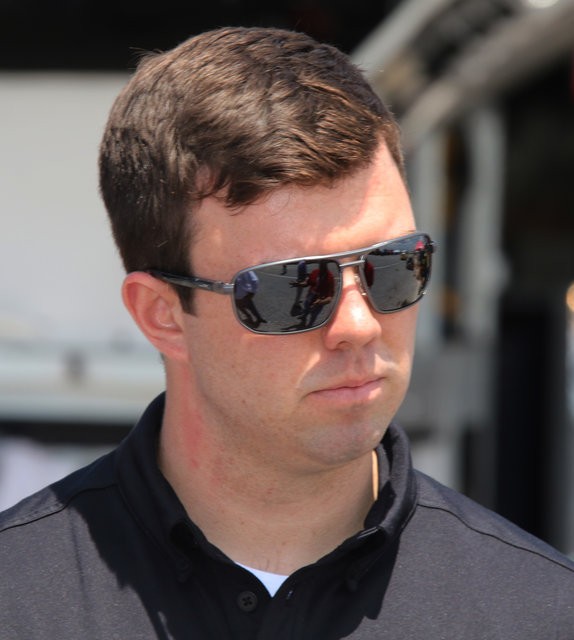 The 23-year-old driver says his team has brought him cars capable of winning, but a last-lap crash at Daytona, a faulty alternator at Nashville, a pit-road incident at Salem and running out of gas in the series’ most recent race at Talladega Superspeedway have hindered his performance.

“It’s kinda like going back to basics this weekend, head down, fin up,” Dean said. “We have a good team. But there’s a lot of good teams in ARCA this season. No room for error. I’d like to think we’ve used our bad luck early in the season and the rest is going to fall into our hands.

“I’ve always liked Toledo. I have two top-10 finishes the last two years, but this weekend, we won’t settle for anything less than a top-five. My crew chief Jamie Jones is very devoted to our program and he’s been working on our car vigorously getting it ready.

“It’s the same car we had at Salem and it was wicked-fast before the pit road issue. We got caught up in an accident coming back through the field too, but the guys have fixed the car and I think we’re all eager to get to Toledo and see what we can do.”

Toledo is the start of an 11-race stretch which keeps the series busy every weekend up through Pocono Raceway in late July. The South Carolinian says it’s important for his team to make some noise over the next two months to carry into the summer stretch.

“We need to get to Victory Lane,” Dean said. “It’s tough because every team is coming to the race track really dialed in, ourselves included. I like our chances though. We have some good race tracks coming up for me and I know we’re going to have some fast 32 GREE Cooling Products-Baker Distributing Chevrolets to contend with.

“GREE, Tradewinds Climate Systems and Baker Distributing have put a lot of effort into our program and we want to reward them with a checkered flag.”

Kevin Cywinski, team owner of Win-Tron Racing, says his team is not only ready for Toledo, but the busy stretch ahead.

“We’re ready,” said Cywinski. “We’ve used the downtime to really focus on making sure our cars are the best that they can be. We’ve put total concentration and effort into the No. 32 GREE Racing team and I think our decision to put all our focus on Gus will pay off huge for us as we get into the summer months.

“As for Toledo, we learned a lot last year and Gus is warming up to the track. Jamie (Jones) feels confident about his setup for the race and I hope it transfers into a great result for our team and sponsors.”

Weekend Schedule
The Menards 200 spreads out over two days with ARCA Racing Series practice scheduled from 12:30 - 2 p.m. Saturday, May 19, followed by General Tire Pole Qualifying at 4. The ARCA-sanctioned Aramark Sportsman cars will conclude the festivities Saturday with a feature event race. Pre-race ceremonies for the Menards 200 presented by Federated Car Care get under way at 1:30 Sunday afternoon, May 20. The Menards 200 is live on MAVTV at 2 p.m. Eastern Sunday afternoon.

In 1991, GREE set out to make the world a cooler place. To this end, we’ve become a global leader in air conditioners, developing some of the most advanced commercial and residential air conditioners in the world.

Founded in 1945, Baker Distributing Company (bakerdist.com) is engaged in the sales and distribution of HVAC, refrigeration and food service, equipment, parts and supplies for residential and commercial applications.

With over 200 locations in 22 states, each Baker Distributing Sales Center is staffed by the most knowledgeable and customer service oriented people in our industry. With a complete inventory of HVAC/R products and technical assistance, our Sales Centers can provide you with the products and information you need to make your job and you more efficient.

Headquartered in Mooresville, N.C., Win-Tron Racing is a professional race team entering its 11th season of Motorsports competition. Owned by former champion racer Kevin Cywinski, the team will compete for the ARCA Racing Series presented by Menards championship in 2018 with Bluffton, S.C. driver Gus Dean in the No. 32 GREE-Baker Distributing Chevrolet.