NASCAR has been on a west coast run and will finally wrap up its left-side stint in Phoenix.

So, why is this race a big deal?

Well, that’s a trick question because every race is a big deal. But Phoenix has become more of a key factor to the championship since the Homestead race moved up on the schedule. Plus, with spring showers causing rainouts in other parts of the country, Phoenix only has about three days of rain in March, so a rainout isn’t likely.

It was ‘Lucky Logano’ in Vegas last Sunday. Joey Logano snagged up 52 points and won the Pennzoil 400 on Feb. 23 in Las Vegas.

Chase Elliott got the Stage 1 and Stage 2 wins. But early in Stage 3, Chase Elliot got loose and spun out. Though he saved it from going into the wall. This was lucky for Logano, who went on to see the white flag under green allowing him to finish the race under caution for the win. Unfortunately for Elliot, he finished back on 26th. But he still picked up 31 points for his two stage wins.

At the Auto Club 400, Chase Elliott came in 4th and took 40 points. But it was Alex Bowman who got the XFINITY win at Auto Club Speedway on March 1st. He Snagged up 59 points and his first Auto Club 400 stage win along with his second victory. He showed a dominant performance, leading for 110 laps running out front on five different occasions. Bowman should be considered heavily going into Phoenix because he runs well there. He took the Pole back in 2016.

Still, he’s just barely in the Top-10 on the betting odds boards. And at 18 to 1, Alex Bowman shows quite a lot of value for our NASCAR picks. Beyond that, he should be in the top tiers for our Fantasy drivers.

So who are the Top Drivers favored to win on Sunday?

So, it comes as no surprise to see the Big Three at the top of the list. Denny Hamlin has been on fire early this season as well. He won the Daytona 500, pulled 20 points off the Pennzoil 400, and came in 6th at the Auto Club 400. So, it’s no wonder that the bookmakers have him tied on the odds boards with Kevin Harvick.

Kyle Busch pulled in 40 XFINITY points and the second spot on the podium at Auto Club in California. He pulled the win (regardless of points) in the Strat 200, and finished a respectable 15th at the Pennzoil 400. So, far this season, Busch hasn’t been as on in the Cup Series as he has in the Truck & XFINITY series’. So, is the ironman racing starting to take its toll? Or is it just a slow start.

That said, Busch has done well with Joe Gibbs Racing at Pheonix. He got the Pole and finished second last November. Then, a year ago in March, he qualified 4th but got the win. In 2018 he also went No. 1 and No. 2. But in the opposite order. He took the win in November and the second-place finish in March. In his last nine appearances at Phoenix in the #18 car, Busch has finished in the top seven each time, in the Top 5 eight times, and the Top 3 six times. So, even if he has been off to a slow start in 2020, this is the track where Busch is likely to get his groove back.

Kevin Harvick has nine wins in the #29 car at this track and a pair of second-place finishes. His last three appearances here have produced a 5th, 9th, and 5th finish, but he was the one in November of 2018 to get the win and make kyle Busch settle for second.

This is going to be an all-out battle. Kevin Harvick and Chase Elliott will be in the mix, Alex Bowman should place in the Top 5 and Denny Hamlin will be fighting for stage wins as well. 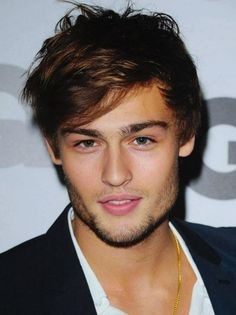